MY LAST VICTIM THIS HALLOWEEN!
IS ANN M. NOSER
author of
the DEAD GIRL SERIES

Thanks, Ann, for agreeing to be part of the fun. 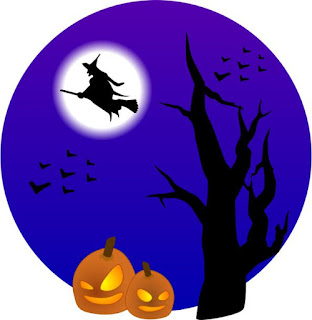 1.      You're born on Halloween and have the ghostly evil super powers of one of the following: The Ghost from Poltergeist, The Frankenstein Monster, The Mummy, The most Evil of Witches, The Devil himself, Freddy Kruger, Pumpkin Head, Michael from Halloween, or Jason from Friday the 13th. Alternatively, if you prefer, pick one of your own. Otherwise, tell us which one you would choose and why? No friendly ghosts allowed! You're to wreak havoc in this scenario!

To have the most fun, I'd have to choose Michael Jackson from his Thriller video. It's the only way I'll ever dance like a pro.

2.      The Zombie Apocalypse is going to occur this Halloween and for 48 hours, the world is thrown into chaos. Live through it and consider yourself lucky, you've been warned. What is your first step, especially as no one else knows or believes you? Do you leave family behind and seek shelter to ride it out, or do you try to save your family? How and why?

I'd save my family, because I'm a mom and there's no way I'd leave them behind. I'd rather die trying. If they didn't believe me, I'd sedate them and haul their doubting a$$es out of town.

3.      Because of the time of your birth, (see the 1st question) the angels have decided to forgive your sins and are offering to remedy one evil that now exists in the world, but only one! Which would you choose and why?

Suffering. The reasons should be obvious. And by choosing this "one," I'd really be choosing so many evils to remedy.

4.      Why is Halloween a favorite holiday, or not a favorite, and if it isn't why did you participate in this query? Come on; tell us your biggest most secret Halloween fantasy!

One year, I dressed up as Gene Simmons from Kiss. The costume was epic, which was unusual for me. Typically I had lame costumes, but this one rocked (pun intended). I used black garbage bags, a black sports bra, black netted leggings, silver duct tape (which became painful later, but I'll get to that), a black wig that was so huge I had to hand over the keys to my car because I had no peripheral vision while wearing it, and face paint. Lots and lots of face paint (which also became painful later).

The veterinary school party was held at a bowling alley and it was great fun.

Undressing afterwards was NOT fun. Hear me now and obey me later: NEVER, I do mean NEVER put duct tape on any part of your body you intend to keep. Ouch.

As for the face paint—and I bought the "good stuff" according to the store—what a gooey mess. Instead of washing off the white and black paint, my face remained coated with a grey, thick cream. And I had to work the next day. I scrubbed and scrubbed until my face was grey with red, irritated skin underneath.

So face paint is out for my Halloween fantasy. Instead, I've always wanted to be Phoebe from Friends—not only the long, blond wig, I want to talk like her, sing "Smelly Cat" like her—the whole deal.

Maybe someday, long after when dressing like her would be "cool."

Jerry sauntered along Desperation Holler Road that earlier echoed with the excited shouts of ghosts and ghouls as the children scrambled from house to house in colorful and frightening costumes.
Dusk dissolved into the blackest of nights as the little monsters disappeared into the shelter of the brightly lit houses with their chocolate goodies.
Jerry smiled, even suppressed laughter, because he knew there was no refuge, not in Desperation Holler on this most evil of Halloweens.
Concealed by the dark limbs of deformed trees and invasive ivy, the innocuous little cabin looked abandoned, but Jerry knew better.
The witches abode . . .

His sister would still be there, working her nasty trade.
He had to put an end to it. Right now. She couldn't be allowed to remain part of the family—not after she'd become one with the moon.
Her fall from grace had to be erased. But he wouldn't stop there. All the witches had to go. Every last one of them.
In the darkness, he circled the cabin, muttering to himself. The gas can grew heavy in his hand. Earlier in the day, He'd stuffed old papers and blocks of dried wood in every crack and cranny around the base of the old cabin. He knew those stupid witches wouldn't notice.
A childish giggle escaped his lips as he tipped the gas can, soaking the base of the cabin, his nose filling with vapors.
He took out a match.
"I told you I'd win big at bingo tonight," crowed a little old lady, hobbling out the front door of the cabin.
The match fell from Jerry's hands, unlit. How could this be? The old ladies from church shuffled out, one after the other.
These weren't witches. These were the same ladies who slipped him cookies, patting his head while clucking their tongues over how it was "too bad about the accident."
He stumbled under the shadow of the trees, breathing hard.
But the white haired ladies didn't see to see him. They simply prattled on about their bingo game.
"You always win, Bertha," laughed one. "You must have a lucky rabbit's foot in your purse."
Jerry gasped. He'd given Bertha that rabbit's foot. And then he'd almost burned her alive. Bile flooded into the back of his throat. He leaned over, gagging.
He had to get out of here. He stood, arms flailing as he crashed through the bushes, fallen leaves crunching under his feet as he scrambled away.
The old ladies turned to watch him leave.
One by one, they started to shimmer, their flowered blouses fluttering then replaced by black robes, their short white hair lengthening into flowing curls.
"What are you going to do about the boy?" the tallest asked, pointing at the discarded gas can.
"Yes, something must be done." Another nodded. "He's getting dangerous. He must be stopped. If you can't do it, we will."
Susan hung her head. Ever since the head injury, Jerry had changed. He used to think her tricks were wonderful, but now he hated the fact she was a witch. He hated everything about her. "No, he's my brother. I'll do it."
"Then do it soon, and be done with it," the taller one urged before melting into the night.
The rest disappeared into the darkness, except for Susan and her closest friend, Belinda.
Belinda shuddered. "What are you going to do?"
"Fight fire with fire, I suppose," Susan blinked hard as tears escaped.
She encircled the cabin, hands outstretched.
"Crawl. Devour. Consume.
Creep along these wooden rooms.
Lick the floors. Lick the walls.
Flames assemble and grow tall.
The heat will rise—a light in the dark.
Life begins and ends with a little spark."
Some distance away, Jerry smelled the smoke and turned back in disbelief.
The match. He must've forgotten about the match.
No. This couldn't happen. He rushed back the way he came, branches breaking in his wake.
He reached the cabin, engulfed in flames. He paused for only a moment before rushing inside.
His screams filled the air.
"No pain. No breath. No sensation." Susan waved her arms once more.
The screaming stopped.
Susan moved the gas can with her family's name on it to the edge of the clearing, near a tree. 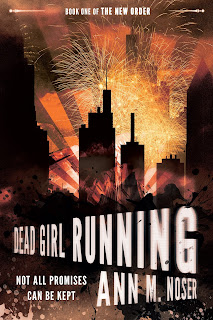 Eight years ago, SILVIA WOOD's father died in an industrial accident. After suffering through years of Psychotherapy Services and Mandated Medications for depression and multiple suicide attempts, she longs to work in Botanical Sciences. When the Occupation Exam determines she must work in Mortuary Sciences instead, she wonders if the New Order assigned her to the morgue to push her over the edge.

To appease her disappointed mother, Silvia enters the Race for Citizen Glory, in an attempt to stand out in the crowd of Equals. After she begins training with "golden boy" LIAM HARMAN, she discovers he also lost his father in the same accident that ruined her childhood. Then Silvia meets and falls for Liam's older cousin, whose paranoid intensity makes her question what really happened to her father. As the race nears, Silvia realizes that she's not only running for glory, she's running for her life. 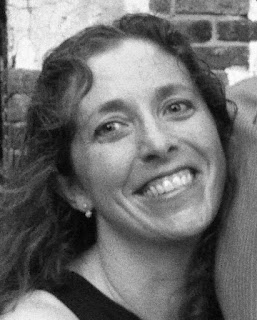 Growing up an only child, I learned to entertain myself.  During summer vacations, my greatest form of exercise consisted of turning the pages of a book.  Now I’m all grown up, and full of stories half-written in my head.  I have to write them down so I can find out what happens next.