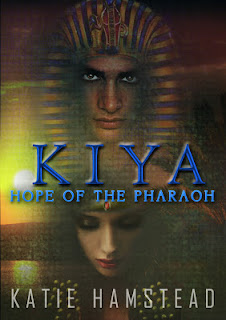 KIYA: HOPE OF THE PHARAOH
by
KATIE HAMSTEAD

Kiya must play the deadly game carefully. She is in a silent battle of wills, and a struggle for who will one day inherit the crown. If she does bear an heir, she knows she will need to fight to protect him, as well as herself, from Nefertiti who is out for blood.

Congratulations!
Posted by Yolanda Renée at 7:30 AM 9 comments: