I Won with Murder by Proxy 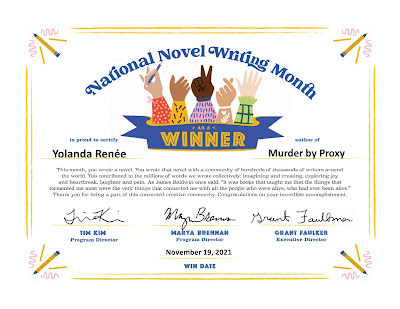 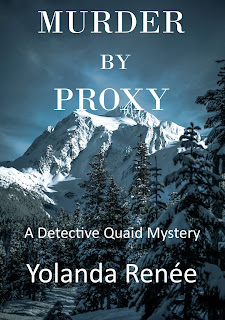 A typical trip to Seattle turns into a nightmare for Sarah and Steven. He's all the way across the country when he gets the news that her hijacked plane has gone down in the mountains west of Juneau.
An Airforce Jet can't get him home soon enough.
But despite his best efforts, the weather has the mountain socked in, and it's isn't letting up. Can he get to the top of Mt. Fairweather in time to save his pregnant wife from the horrors of the Alaskan triangle?
Will, the man who's the cause of their misery escape justice?
Excerpt:
Murder by Proxy
At Merrill Field, Elliott made sure Sarah was safely on board. Then he sat in his vehicle to watch the plane take off. He admired the sleek new look of the Challenger 650. The top-of-the-line jet that Sarah had recently purchased. He looked forward to watching the take-off.
Instead, he was shocked when, just seconds later, bullets began flying. He ducked even though they weren't pointed in his direction.
Elliott witnessed a prisoner, Alex James, the Clean Killer, just recently sentenced to ten life sentences, board Sarah's plane in a hail of bullets. He saw the door close and the plane taxi for take-off as the officers continued shooting while trying to catch a plane that quickly took flight.
Elliott was in shock.
Alex James, though, had made his escape.