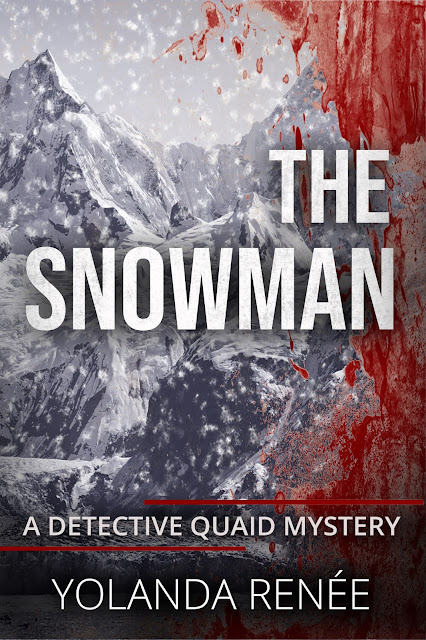 THE SNOWMAN
Prequel to the Detective Quaid Mysteries
Book #4


It takes a true artist to pursue his victims in the art of seduction, and Stowy Jenkins is no exception, especially with blood as his medium.


*****
Little by little, he added the formaldehyde to the viscous mixture, stirring it vigorously. Dipping his brush into its freshness, he began painting. Swirls, splattered droplets, and elongated dribbles soon filled the canvas. Waves of joy rose up from his deepest being, and a sense of satisfaction overwhelmed him. This creation will be my best. The addition of formaldehyde will keep the red as vibrant as the fountain of blood gushing from my Maggie May.


A maniacal laugh broke the silence. “Rouge d’Amour will be the star of my masterpiece! It will leave art lovers and critics breathless.” 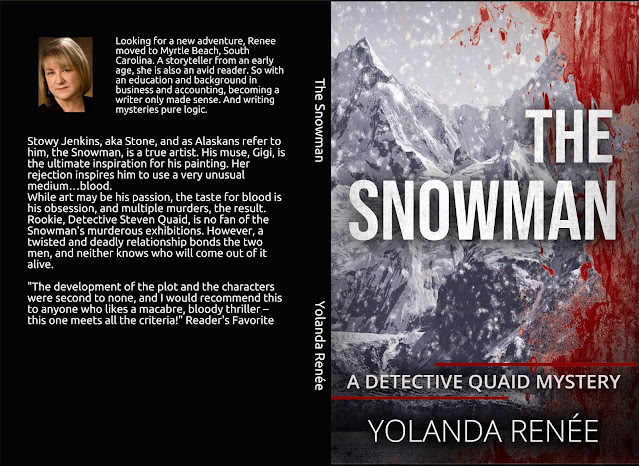 The Snowman
is a prequel to

A SERIES SET IN ALASKA


A Passion for Murder


Light is a fleeting moment in the frozen north that is Alaska. Although the sun shines brightly during the Summer Solstice, Detective Steven Quaid struggles to hold on to what he holds dear during life's darkest moments, his love for family, and professional achievement. Will a murderous stalker, a self-proclaimed Lucifer resurrected, or insidious obsession prove more powerful than this dedicated detective? Four separate life-threatening situations. One determined man.


Subscribe to DEFENDING THE PEN by Email
Posted by Yolanda Renée at 11:25 AM