MY NEXT VICTIM THIS HALLOWEEN!
IS TARA TYLER
Thanks, Tara, for agreeing to be part of the fun. 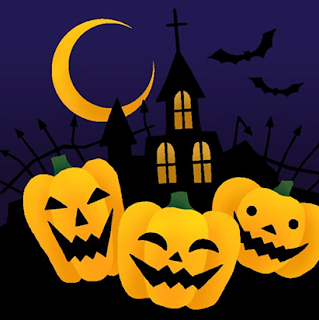 
1.      You're born on Halloween and have the ghostly evil super powers of one of the following: The Ghost from Poltergeist, The Frankenstein Monster, The Mummy, The most Evil of Witches, The Devil himself, Freddy Kruger, Pumpkin Head, Michael from Halloween, or Jason from Friday the 13th. Alternatively, if you prefer, pick one of your own. Otherwise, tell us which one you would choose and why? No friendly ghosts allowed! You're to wreak havoc in this scenario!

That's easy - I can be the most evil of witches in a snap of my crooked, bony fingers with long green fingernails when provoked!! Plus witches can make youth potions and live longer - even if they have to sacrifice a few kids to do it... And I already have a good cackle for it too!

2.      The Zombie Apocalypse is going to occur this Halloween and for 48 hours, the world is thrown into chaos. Live through it and consider yourself lucky, you've been warned. What is your first step, especially as no one else knows or believes you? Do you leave family behind and seek shelter to ride it out, or do you try to save your family? How and why?

My youngest will do what I ask, the others will be zombie fodder! And I know better than to waste my time convincing them, so my little guy and I will head for the hills! Or find someone with a secure shelter, fast!

3.      Because of the time of your birth, (see the 1st question) the angels have decided to forgive your sins and are offering to remedy one evil that now exists in the world, but only one! Which would you choose and why?

Terrorism. I don't think you need a reason.

4.      Why is Halloween a favorite holiday, or not a favorite, and if it isn't why did you participate in this query? Come on; tell us your biggest most secret Halloween fantasy!

I love Halloween, I have a blast decorating even if my boys are getting too old to appreciate it. And I'm a scaredy cat, not big on horror movies. Secret Halloween fantasy is to go to a costume party with my hub and us have a good time in matching costumes - unfortunately, he's not a costume guy =( oh well!

Jerry sauntered along Desperation Holler Road that earlier echoed with the excited shouts of ghosts and ghouls as the children scrambled from house to house in colorful and frightening costumes.

Dusk dissolved into the blackest of nights as the little monsters disappeared into the shelter of the brightly lit houses with their chocolate goodies.

The witches' abode . . .cast an eerie purple glow from it's windows and the smoke from its chimney sparkled in the moonlight. Jerry couldn't resist peeking in a window to catch a glimpse of magic and see what he was up against.

Being a novice witch hunter, Jerry knew he had to be extra careful and more silent than an awkward moment. He crept along, taking one slow soft step at a time in the crunchy Fall leaves toward the back where the kitchen should be, avoiding the creaky old porch in front. If he drew their attention and lost the element of surprise his chances of survival dropped dramatically. That was lesson number one.

Jerry flinched. There went his first line of defense. He spun around to see the wrinkled old lady who looked more like a grandmother than a wicked witch. But Jerry knew her for the hideous hag she was.

She cackled at him. "Aren't you a little old for that?"

"Who's out at this witching hour, Bernie?"

The other witch stuck her long nose out the back door. Her lips curled into an evil smile when she spied him.

"Ooo. It's Jerry. Finally got your license, eh boy?"

"Just for you, Fiona." Jerry said and smiled right back at her. Exude confidence, or at least hide fear, that was lesson number two.

Jerry backed away from them, further from the house. He needed to draw them out. Lesson number three was to stay out of a witches' lair where they would definitely have the advantage. Glancing behind him, he noticed a small fenced-in area with reaching, oozing, and creeping plants.

"I love what you've done with the place. What's growing in your garden here?"

Bernie stepped toward him. "Flattery and trickery won't work on us. We've been around for far too long to let a new cub like you win over a couple of cunning cougars like us."

Jerry knew he was young and inexperienced, but these two wily witches had been terrorizing Desperation Holler since he was little. The Halloween he escaped their treachery and his cousin didn't was the night he vowed vengeance. He wasn't giving up without a fight. He had all the tools he needed, following lesson number four.

Taking out his anti-witch wand, he wielded it wildly waving it at them and spoke his wishful words.

Stir the leaves, douse the light,

In this full moon shining bright,

Curse these witches, take their sight!"

With a switch of his wrist, the moon electrified his wand and shot out at the witches' eyes, blinding them.

They screeched like demons and screamed like damsels. Fiona flew at him as Bernie lunged for him.

Jerry ducked and tried to escape, but he'd stepped too close to their garden. He hadn't realized during his incantation the vines wrapped around his legs and tangled him up.

The witches dragged poor Jerry into their home and he was never heard from again.

That was so much fun, Yolanda! What a way to bring in Halloween and wind down my blog tour (only 2 more posts!) How clever of you! Thanks for letting me participate and for helping me with my release.


Truly, Tara, so much fun and I'm thrilled to be able to help you with your blog tour but more so that you were game to do this crazy interview and flash fiction Halloween Challenge while in the middle of a tour! You rock!

Now for the SIMULATION tour!

In 2082, androids are an essential part of daily life. Some are helpful, some would make better toasters, and some are so human-like they're creepy. Back in Atlanta, Detective Cooper takes a case to uncover an illegal clone android simulation operation. He hopes it will take his mind off his recent break up, but he winds up crossing paths with his ex, FBI Agent Geri Harper.

As Cooper closes in, Geri is kidnapped. But when she resurfaces in Washington and goes on a killing spree, he knows it isn't her. Now under suspicion himself, Cooper must find the real Geri to prove her innocence, not to mention hunt down the powerful villain behind it all. Never a dull moment.

Tara Tyler writes sci fi and fantasy action-adventures from her little corner of the world in Ohio as she tries to keep up with her three boys and coach husband. Always making time to write, she sometimes puts off chores and lets laundry pile up... hence, she's also the Lazy Housewife, offering advice and tips to other gals out there trying to do it all without going crazy.

She and her housewife friends blog at The Really Real Housewives of America.

And don't forget the Rafflecopter! 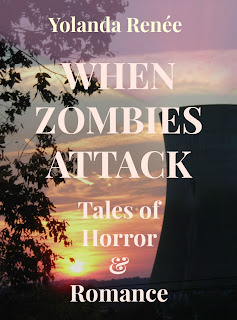