A flash fiction challenge of 100 words or less 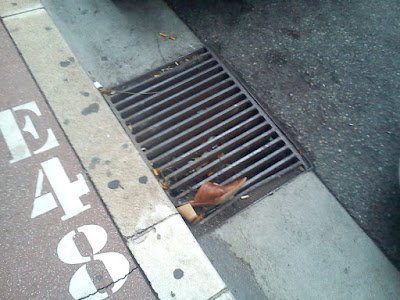 He met her in a bookstore. Laci liked science fiction. He preferred horror. Tonight they'd celebrate their first anniversary. She'd tell him she was pregnant. He'd tell her of the job offer that would rescue them from poverty.

Dinner at their favorite Paris Café with so many things to celebrate, Jacques felt as though they had the world at their feet.

An hour before their rendezvous, terrorists attacked.

Two days later, they walked in silence down the sidewalk on the Boulevard Voltaire.

He held her close. She wiped away tears. The sound of angels weeping still echoed through the streets.

For you Susan, because everyone deserves a happy ending.


Follow the Frog to more stories and add you own!

COVER REVEAL
for
KISSED BY AN ANGEL! Wander with us onto a magical island ship, uncover an amazing secret, and solve a very fishy mystery. Discover a World War II codebreaker, captivating garden, time machine, undercover agents, bug master, plus more. And meet a special boy who was kissed by an angel.

- Read more about The Boy Kissed by an Angel on Robyn'S Blog!