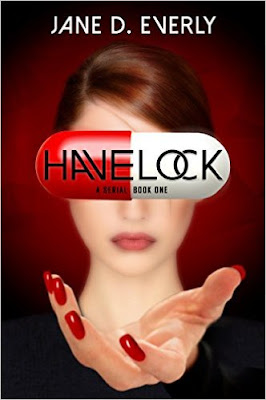 Eliana Havelock is a female with no past, whose determination to bring down a Karachi arms dealer catches the attention of the British Secret Intelligence Service.

MI-6 is currently fractured due to political upheaval with many of its covert programs dissolved or disbanded. When Eliana presents the opportunity to divert an international arms disaster, the head of MI-6 partners her with one of it’s best and brightest, the enigmatic, Connor Blackwell.
But in a world of secrets and hidden agendas, who can Eliana trust?
And what, or who, is Eliana really after?

Jane D Everly was born in Nottingham, England where she developed a depthless love of fiction. While aspiring to be a romance novelist, she discovered an edge to her work that was quite unexpected. It appeared that her love of action and adventure stories would forever prevent her from writing the stories of sappy romantic entanglements she believed she had always been meant to write. Instead, heavily influenced by the rise of geek culture, she began to write stories filled with kick-ass heroines and villains with delusions of attaining world domination.

Jane relocated to Vancouver, BC, Canada in 2013 to pursue her writing career. She now lives in a beautiful downtown Vancouver apartment with her cat, Mr Bojangles, and an entire world of espionage and intrigue poised at her fingertips.

Jane is represented by Mark Gottlieb at the Trident Media Group.

It's a day for free

just in time for Black Friday until the 30th!

Posted by Yolanda Renée at 2:00 PM