The Murder & Obsession Tour Continues
Today you'll find me at:
Your Wicked is Showing - Alex J. Cavanaugh
Unrequited - C. Lee McKenzie
But before that there was
Couples Counseling - Stuart R West
Need Some Intrigue - Michael Di Gesu
Alaska: Why it Speaks to Me - Denise C. Covey

But Here TODAY!
*****
Tamara Narayan
another winner of the
IWSG Anthology Contest
Parallels: Felix Was Here!
has agreed to an interview
regarding her winning story


Welcome, Tamara, can you explain the title, Scrying the Plane?

Scrying describes the practice of looking into a crystal ball to tell the future. In this story, characters can hook their brains into a device that allows them to experience the internet on what’s called the Virtual Reality Plane. On the VRP, the unconscious users aren’t bound by the natural laws of physics. So there's an urban myth that certain users can bend space, conjure items, and maybe—just maybe—see the future.

Yep, that movie did inspire me. In fact, before Lily Reynolds enters the VRP, another character quotes the line, “There is no spoon.”

Give us an example of what your characters do on the VRP.

At a party, Lily sees a pair of inebriated fellows taking turns hopping into a Minecraft trolley to ride tracks that go higher than the real world’s tallest coaster.

Dare I ask why?

It’s a contest. The first one to hurl loses.

Lovely. Yet it sounds like a typical case of bad judgment by teens. Was that deliberate?

Yes. That’s why I chose to write this parallel universe—it was a blast borrowing aspects of our society like teen rebellion and putting a “VRP” spin on them.
Like many kids, Lily feels she’s living a life of constant scrutiny and confinement. In her world, ultimate freedom can only be achieved on the VRP, but it’s restricted to those over 21. So she sneaks out to this party where teens are illegally hooking in. At first it’s an amazing experience, but it turns dark quickly.

How does this tale compare to your other short stories?

I like to take an “everyman” character, give them a life that seems ordinary and relatable, and then sprinkle in something magical, ghostly, or just plain bizarre that the reader never saw coming—tales that would appeal to fans of The Twilight Zone or Stephen King. 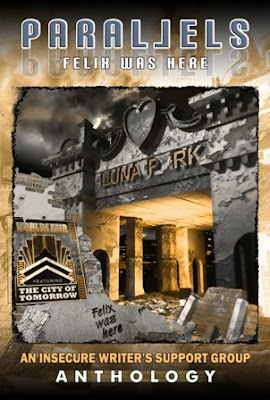 Tagline:
A teen experiences thrills and chills in a virtual reality internet.

Blurb:
Are you 21 or older? Care to experience the internet through a virtual reality interface? See Twitter birds flock, hop in a Minecraft trolley, or don the “skin” of your favorite celebrity. Come, sit. Drink your Sleep-Ease and lie back. Don’t worry about the scalpel.  Just a few small cuts to access your temple chip and in go the leads. Hardly any bleeding at all! So hook in, hook up, and go wild. What could go wrong?
Bio: 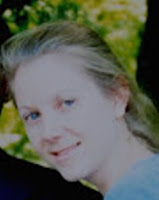 From doling out popcorn to moviegoers to flinging smelt to penguins, Tamara Narayan's taken the “road less traveled”. Her career path veered off into a land of integrals and other strange things while she taught college level math, but these days she’s cruising the fiction highway. If you enjoyed Scrying the Plane, check out her other stories on www.amazon.com or visit her at www.tamaranarayan.com.

How do you formulate your stories?

Is it with an everyman and a twist?