FOLDS IN LIFE AND DEATH

Why Cherie Reich Wrote “Folds in Life and Death”
for
Parallels: Felix Was Here
the IWSG Anthology!

Four elements inspired me to write “Folds in Life and Death”: 1. the IWSG anthology contest, 2. the Curse of Tippecanoe, 3. my fascination with origami and paper magic, and 4. the grief I felt by the on-the-air deaths of Allison Parker and Adam Ward.

Despite insecurities, I couldn’t pass up the chance to submit a story. The genre of alternate history spurred me to think up ideas. The perfect one hit me while showering.

In fifth grade, I learned of the Curse of Tippecanoe. According to legend, Tecumseh had his brother place a curse against Harrison and future presidents elected in years with the same number as Harrison (1840). The curse ended when Reagan survived an assassination attempt, but my mind whispered an intriguing question: What if Reagan had died and what would happen to the new president elected in 2000?

From an early age, I’ve been fascinated by the art of paper folding. Paper planes fly. Paper frogs hop, and paper cranes’ wings flap. A simple piece of paper could transform into anything. The idea of paper magic isn’t new, but I enjoyed putting my spin on it in another short story (“Paper Lanterns” from the anthology Mayhem in the Air), and I revisited its world for “Folds in Life and Death.”

On August 26, 2015, WDBJ7 news reporter Allison Parker and cameraman Adam Ward were gunned down on live TV. I never had the honor of meeting them, but I have met people who’ve worked for WDBJ7 because it’s one of my hometown TV stations. Some events hit you harder, and this story gave me a chance to work through my emotions.

Without one of the four, the story wouldn’t have been the same. It’s interesting how these things work out. 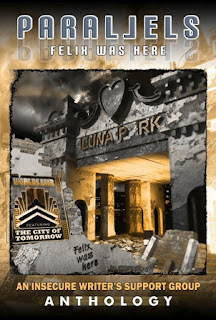 Tagline: In 2001, the Curse of Tippecanoe strikes again.

Story Description: Allyson Moore loves using her gift of paper magics. With precise folds and an incantation, she brings paper creatures to life.

But being a Paperist has its downsides too. She sees spirits, but she can’t revive them. She folds paper lanterns to release souls, but she can’t stomach sending another family member from this earthly realm.

The Curse of Tippecanoe, conceived nearly two centuries before, claims her brother, the President of the United States. She must journey to Washington, DC to be with her orphaned niece and nephew, but nothing—not even magic—can prepare her to see the brother she hasn’t spoken to in two years and release his soul to the sky. 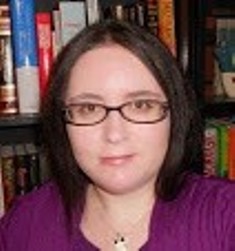 About the Author: Cherie Reich owns more books than she can ever read and thinks up more ideas than she can ever write, but that doesn’t stop this bookworm from trying to complete her goals, even if it means curbing her TV addiction. A library assistant living in Virginia, she writes speculative fiction. Her books include the paranormal horror collection Once upon a Nightmare and the fantasy series The Foxwick Chronicles and The Fate Challenges. She is a member of the Virginia Writers Club, Valley Writers, and Untethered Realms.

Have you ever used an alternate history to write your stories?
Will you now?