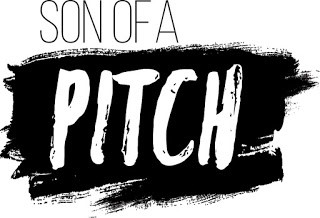 
Byron enjoys his damned existence as a vampire until the night he attacks a young twentysomething with a gold cross around her neck. She stirs memories of when he had been human so long ago, and a pang of guilt prevents him from hurting her.

Although red belt librarian Grace is frightened of the vampire, she thinks his act of conscience might mean he isn't damned after all. After another vampire attacks them and destroys the library, Grace convinces Byron he is worth redemption.

The quest for Byron's soul leads them to uncover an ancient conspiracy to keep vampires damned forever—and brings them far closer than either intended.

While rejoining Byron and his soul may save him, it may also kill him.


Byron curled back his upper lip. "You've displeased me for the last time."

"I'm… I'm sorry. Please." The man backed up, hands raised defensively. As if he could defend himself from Byron. "Please, give me another chance."

He circled around the pathetic man. Illumination from candles flickered against the white walls of his office. Byron never did care for artificial lighting. "Against my better judgment, I already did. Twice. A third chance to wrong me just wouldn't be prudent."

Byron held up the faux gemstone. "You think I wouldn't realize it was a fraud?"

"Your whining grates me." The gemstone ground to red dust in his hand. He opened his fist, allowing the specks to filter to the hardwood floor.

"You will do nothing for me."

Byron snatched the man's neck, lifting him a foot above the ground. His hold tightened, the man's eyes bulging, his attempts at fighting growing more pathetic with every passing second until he slumped over.

"You will do nothing for anyone."

He dropped the man onto the floor, on top of the ground stone. Clapping the remnants of red from his hand, Byron stepped over the body and left the office behind. He could have, and perhaps should have fed on the man. Even now, his thirst grew, a pulsating need that could not be denied much longer. Recovering the Ruby Heart could wait.

Posted by Yolanda Renée at 8:09 AM