The View from the Patio 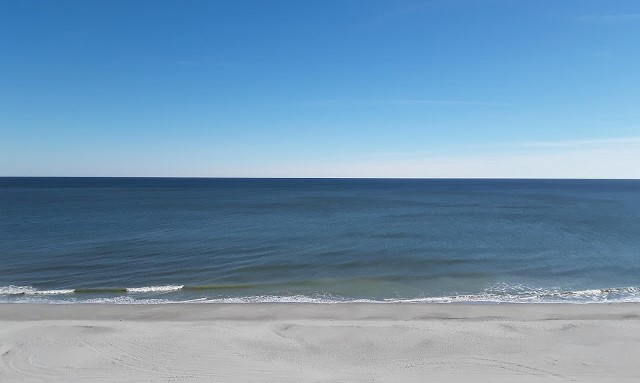 “Beach reclamation is the act of reclaiming a beach from erosion. In other words, sand is added to the area that was lost to erosion “reclaiming” the shoreline that once was.”
http://www.experts123.com/q/what-is-beach-reclamation.html
After several hurricanes, the beaches in Myrtle Beach almost disappeared, but this October they were reclaimed. A dredge scoops up the sand offshore and then it is piped to the beach in the form of a slurry, and as it’s delivered back onto the beach, the dozers spread and compact it. We enjoyed watching the work. They worked night and day, and the picture above is the result. A beautiful beach.
Here are a few pictures that really tell the story! 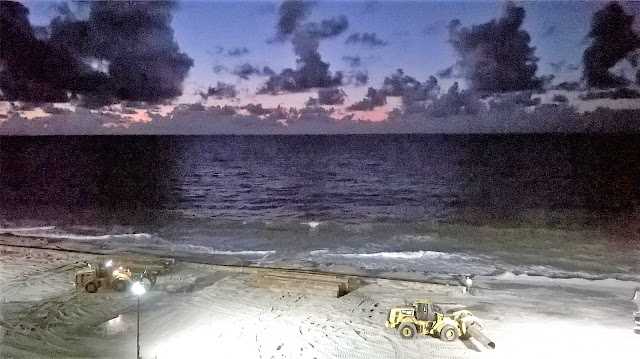 Very early in the morning. We couldn't sleep so we watched the operation. 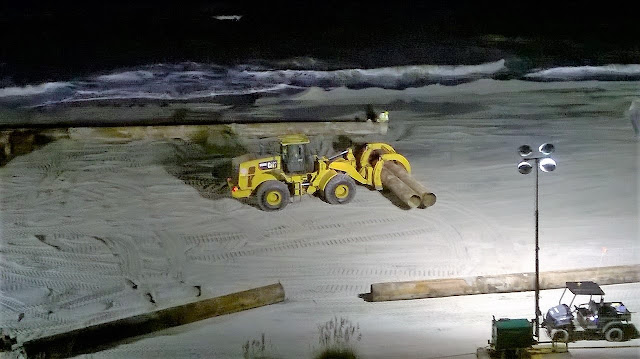 The operators of these machines were amazing. They laid the pipe end to end with the skill of a surgeon 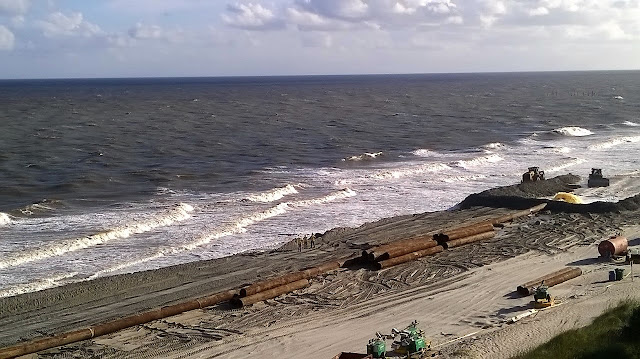 These pipes weren’t welded together. A larger end was slid onto the smaller end, and all by the large dozer. Like I said amazing skill! 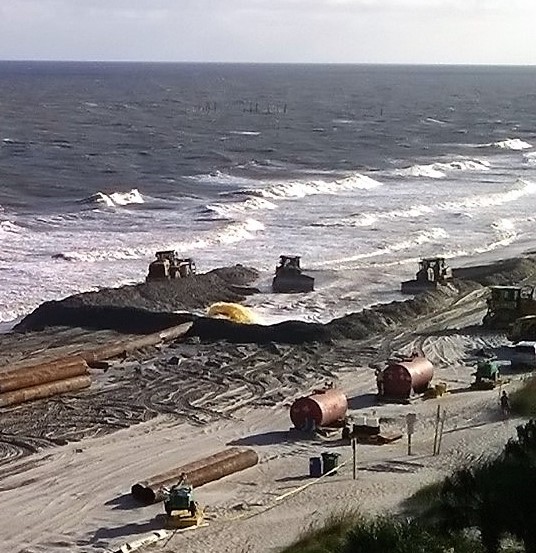 The slurry was very colorful when it first started through the pipe. 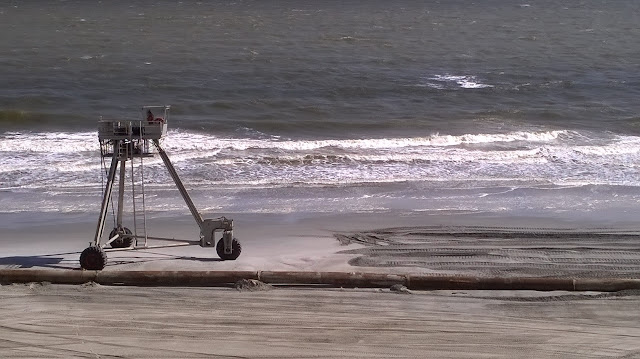 This eight-story machine was used to measure the shoreline so they could determine exactly how much and where the sand was needed. 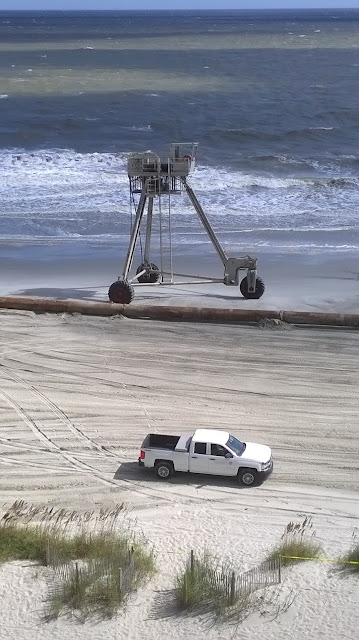 Just a big truck on long legs that goes out into the surf. 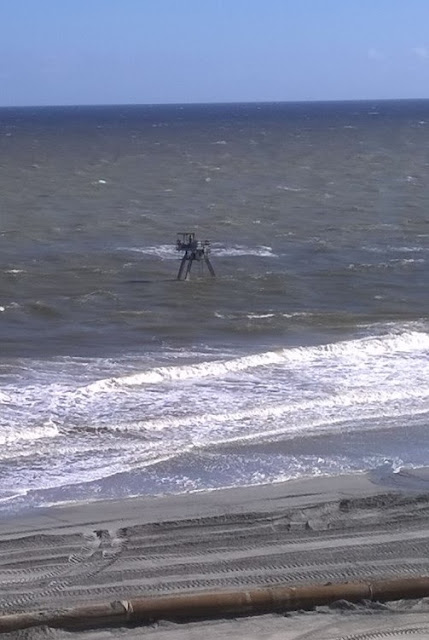 Watching it work was really fun. Especially the night it got stuck in the surf. They worked for hours trying to rescue it. Eventually several of the dozers, via cable, unstuck it. It was then driven back to the beach under its own power. The waves that night were fierce, not nice and quiet like the first picture.


I almost forgot some of the best fun was the way the tourists tried to cross the construction area. The company used fences, yellow tape, signs, and several guards. We were surprised by the number of people who ignored all of it and walked into a dangerous construction zone. All of them were stopped by the guards, and most were kind, sort of like, “Oh sorry, didn’t see that barrier. Didn't notice that you were working.” But some of them were belligerent and hostile to the guards. To no avail though. Still, it was fun to watch. “Oh, you have a sign. Sorry, I can’t read!” 😊

I hope you enjoyed the view.
Tell me a little about yours!

Email ThisBlogThis!Share to TwitterShare to FacebookShare to Pinterest
Labels: Beach Reclamation, The View from the Patio, Yolanda Renee