Stuart West agreed, a bit reluctantly, to submit to an interview. He recently used an old-fashioned grilling technique to get me to admit something very personal in an interview for his blog. If you're curious as to what secret I shared, please visit Stuart's Blog – Twisted Tales from Tornado Alley.

What I've learned is that Stuart is not only a master interrogator. His books are funny, irreverent, and yet brilliantly written. He has a deep understanding of teenage angst and portrays it with sensitivity. 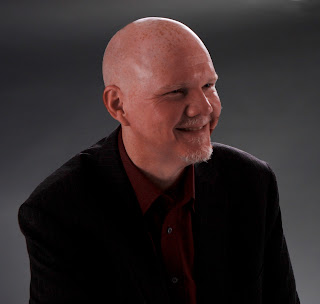 YR:   Stuart, thanks for the interview and for agreeing to make it reciprocal.

SRW: (Grousing…) I guess, Yolanda. Not like a had a choice in the matter…

YR:   Tell the readers about each of your books: Secret Society, Zombie Rapture, Tex, the Witch Boy, and Bad Day in a Banana Hammock.

SRW: Gotta couple of hours. I’ll try to be brief and painless…

Secret Society is a serial killer thriller with a dark vein of humor coursing through its unhealthy veins. It involves Leon, a serial killer who only targets abusers, going toe to toe with an evil, mysterious corporation that funds serial killers. Things don’t go well. It’s the first in a proposed trilogy. The second should be out early in 2016.

Zombie Rapture was my twist on the ol’ zombie tale. My protagonist, Hunter, has fallen in love with one of his high school classmates. Problem is, the world turns topsy-turvy. Most of the population has died and they think it’s the rapture on earth. Of course they want to “save” the few living by killing them. All Hunter wants to do is find Jordan, the love of his life, who’s now missing. Again, it’s a suspense thriller (not really a zombie book) with lots of humor and Buffy-like snark.

Tex, The Witch Boy is the first of a quartet of YA paranormal, murder mystery, comedy, suspense, romance, high school issues books. Whew. I think there’s a kitchen sink in there somewhere, too.

Finally, Bad Day in a BananaHammock is my first straight-up comedy. It’s a murder mystery (practically a cozy…sorta) about a vapid male stripper who wakes up with no memory of the preceding night, no clothes. And next to a dead man. He turns to his sister, an ex security specialist and eight months pregnant, for help in proving his innocence. And above all, to prove he’s heterosexual. Available now!

YR:   Where did you get your inspiration for Secret Society?

SRW:  By being bored out of my mind and sitting on the “husband bench” at a store waiting for my wife to wrap up her shopping. I started studying the rest of the bench’s male occupants and wondered…what if two of them were there to meet for nefarious purposes? The opening chapter introduces my protagonist and antagonist (two very different types of serial killers) meeting at the mall. The book took off from there.

YR:   You've written about murder, serial killers, zombies, and witches – and in each one, there's a bit of romance (well, sex).  How important is a romantic entanglement to the plot of your stories? BTW, I think you handled each scene brilliantly. Kudos Mr. Stuart.

SRW:          You’re putting me on the spot here, Yolanda! Okay, okay, I admit it…there’s a bit of romance in all of my books. What can I say? It’s universal, everyone’s experienced it. I believe it grounds my protagonists in situations that otherwise may not be all that relatable. To make a reader care about your characters (whether they be serial killers, witches, zombie hunters, what have you), they have to relate.

YR:   I have a tendency to take scenes from my own life to add the believability of my characters and the settings. Do you? Does writing what you know interfere or help while writing? Is research part of your writing process or do you just wing it?

SRW:  Whenever my wife and I are out, I listen in on conversations. I like to think of it as research. She calls it eavesdropping. Whatever. But yes, I do take parts of my life and lob them into my crazy plots. The Tex series is based in part on my high school experiences and my daughter’s. Except, of course, for the murders, witchcraft and ghosts. Oh! And you’ll be glad to know I’m not a serial killer.
But I do kind of wing my books. Once I get the characters laid out, they pretty much dictate where the story goes.

YR:   I enjoyed the Secret Society; it was totally irreverent and entertaining. Zombie Rapture was a unique take on the genre, and you definitely left it open for more books in the series, but Tex, The Witch Boy had a message about bullying and you've written a series around Tex. What about this series was important to you?

SRW: Every horrific bullying incident in Tex, the Witch Boy happened to either myself or a friend of mine from high school. I think it contains a very strong anti-bullying message and I wanted to relay that in a hopefully non-preachy and entertaining format.

The second book, Tex and the Gangs of Suburbia is based on a true story that happened at my old alma mater several years back. It deals with suburban gangs and identity. Finally, the third book, Tex and the God Squad is “ripped from today’s headlines!” and the villains are a thinly disguised Westboro Baptist Church. Themes include homosexuality and religion.

Whew. I know they don’t sound fun, but I really tried to make them so!

YR:   Your settings are all in Kansas, are you a Kansas native? Does writing about Kansas win you readers and recognition?

SRW: You write what you know. Sigh. Lifelong inhabitant of Kansas (at least I live in a KC metro suburb). Not that I wouldn’t mind leaving this dang state behind me in my rearview mirror some day! Somewhere warm, preferably. As far as Kansas based tales gaining me readers and recognition? Are you kidding me?

Most people are still stuck in “Toto” jokes! I actually went to college with a Venezuelan native who thought we still had cowboys and Indians running around blasting people. Pardnuh!

YR:   Zombie Rapture was an enjoyable story, and Hunter's Grandpa my favorite character, although Scout also made points for her bravery. I'm curious though, were you afraid you might piss off a few readers with all the 'rapture' talk? I mean being politically correct seems important today.

SRW: Yep, I loved the characters in Zombie Rapture, too. As far as being politically incorrect? I figured the book might tweak a few noses, but, hey! Controversy’s good! Besides, I think I was fair (as I am in Tex and the God Squad) to all beliefs. (Kinda.)

YR:   I enjoy each of your books but especially your novella Bad Day ina Banana Hammock. I particularly liked the very pregnant but badass Zora, my kind of gal. The story was funny, very believable. I also loved learning that this story came about because of a dare. I wrote my first zombie story based on a dare. Please dish.

SRW: Banana Hammock was something different for me; also the easiest thing I’ve written. I liked the results so much, I’m considering a series. Yes, it was written as a dare. I was kicking around stupid ideas with a writer friend of mine. I thought, “What if…what if my hero’s the stupidest hero ever? How about…a vain male stripper? And he wakes up next to a naked dead guy! And all he cares about is proving he’s not gay!” My friend said, “I dare you!” Like you, I couldn’t resist the dare.

Only thing was I soon realized the guy couldn’t carry the whole book alone.

Hence the birth of Zora, his gun-slinging, bad-ass, mega-pregnant sister. Who, by the way, is proving to be quite the early fan favorite!

YR:   Do you write for your pleasure or for the readers? Did you choose the genre or did it choose you?

SRW: I write the kind of books I’d like to read. If the readers join me, awesome! As far as genres, I’m all over the board. I intend on writing all of ‘em at some point. (Even have an idea for a romantic comedy…just don’t tell anyone.  Wait!...)

YR:   I see that you've published three books a year for the last three years, very impressive. You blog and I'm assuming, participate in social media. I know you hate the typical interview questions, but would you be willing to give us some insight into your writing habits. Share a few secrets; give us less prolific writers some words of inspiration.

SRW: First, I drink heavily. Then procrastinate. No, not really. I mean, the second part. Or wait…

Let me start over. There’s no secret, other than I’m committed. And it helps my wife let me retire early. Couldn’t handle the corporate world any longer. In return, I cook, clean, provide (ahem) arm candy. But I do force myself to write five days a week. Even if what I turn out is crap. But that’s what revisions are for. The hardest part for me, by the way, revisions. I can knock out a first draft in 1/3 the time it takes to revise.

YR:   What's next on your agenda, do you have any more stories coming out after a dare.

SRW: Up next on my agenda? Rule the world. After that? Keep writing. No more dares. But I have many projects lined up. Haven’t told anyone this yet, but I just contracted for a children’s picture book: Don’t Put Gum in the Fish-Bowl.

Next year should see the release of Demon with a Comb-Over (a darkly comical horror tale about a stand-up comedian who heckles a very angry demon); a prequel tale about the demon’s history, The Book of Kobal; and a thriller entitled Dread and Breakfast (the less said about the plot twists, the better). Also, be on the look-out for the second Secret Society book and a sequel to Bad Day in a Banana Hammock.

Finally, I have two other thrillers out there, Neighborhood Watch and Godland.

Oh! I have an idea for a new YA series, too.

YR:   Okay, okay, you're a prolific writer. We got it! But this has been the longest interview to date, folks have to get back to watching funny animal videos! Still, Thank you, for taking time away from your writing to share with us.

Well readers, take your pick, Stuart West has quite a library of books, and they're all entertaining, humorous, and skillfully written.
I dare you.