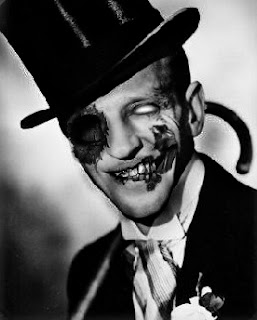 I aim to please!
Tamara Thorne meet zombie Fred Astaire.
Fred, all she wants is one dance
before you bite off her face!
The newest victim of the
Bwahahaha Halloween Interview
will scare the pants off - all of you!

You're the last person to die in your favorite horror movie, what's the name of the movie and how do you die?
Ghost Story. I want to die dancing with the moldering corpse of zombie Fred Astaire!

In a remake of Friday the 13th – you play Jason – what would be your method of execution for all your victims?
I would prepare a very large bowl of mixed greens, scallions, shredded fingernails, tomatoes, and cucumbers, then I would attack each sex-crazed camper with my trusty Salad Shooter. I’d add the best bits to the salad for protein, make a lovely red balsamic dressing and have a very healthy lunch.  I’d give the leftover parts to the opossums, raccoons and Jed, the caretaker.

In a remake of Halloween, you are one of the victims – describe the scene and your grisly death.

I would compliment Michael on his sexy white Shatner mask and attempt to seduce him.  When he gets his (allegedly) huge, throbbing weapon out and threatens me with it, I would snap a picture and upload it to the internet. Then he would kill me by beating me over the head with it.
In a remake of the 1974 movie Young Frankenstein – which character would you play and why.

I would be The Monster so I could sing and dance to Puttin’ On the Ritz and then do Elizabeth until her eyes bug out.

In the Walking Dead, you and another character have survived the zombies, so far. You're on the move, but the individual with you is a wimpy scaredy cat, but oh so hot, still they keep drawing attention to you and your position and it's almost certain they will get you killed. What do you do - leave them for the zombies and save yourself? Or take pity on them, because their hotness makes up for their stupidity, and teach them not to be a wimp? Or do you have another solution.

You're headed to a Masquerade party as your favorite horror character and at midnight, you are transformed into your character until sunrise. Who is this character and how many victims would you claim by sunrise?

Ash from the Evil Dead movies. I’d spend the night in Wal-Mart killing zombies and demons.

Share with us your scariest ghost story – or nightmare – or tell us what scares you the most and why.

I was at Band Camp with Alistair Cross and he had a ghost on his face. I couldn’t pry it off, no matter what I did, and I thought he was going to die.  I’m terrified of dead bodies, though I enjoy ghosts on my face.

Share with us your favorite Halloween experience, costume, and candy.

My favorite activity and costume are intertwined .  I like to dress as Pennywise the Clown and bite fingers off children. Yum!  My favorite sweet treat is Alistair’s leftover candy corn. He’s so good to me. 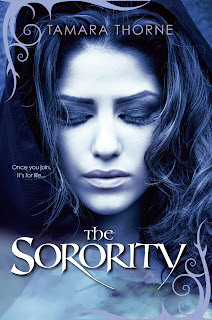 They are the envy of every young woman—and the fantasy of every young man. An elite sisterhood of Greenbriar University’s best and brightest, their members are the most powerful girls on campus—and the most feared…

She’s the perfect pledge. A sweet, innocent, golden-haired cheerleader, Eve has so much to gain by joining Gamma Eta Pi—almost anything she desires. But only a select few can enter the sorority’s inner circle—or submit to its code of blood, sacrifice, and sexual magic. Is Eve willing to pay the price?

Ever since childhood, Merilynn has had a sixth sense about things to come. She’s blessed with uncanny powers of perception—and cursed with unspeakable visions of unholy terror. Things that corrupt the souls of women, and crush the hearts of men. Things that can drive a girl to murder, suicide, or worse…

Journalism major Sam Penrose is tough, tenacious—and too curious for her own good. She’s determined to unearth the truth about the sorority. But the only way to expose this twisted sisterhood is from within…

“Tamara Thorne has an uncanny knack for combining the outrageous with the shuddery, making for wonderfully scary romps and fun reading.” —Chelsea Quinn Yarbro

Tamara Thorne has been haunting the horror market for twenty years. Her books include Haunted, Moonfall, Bad Things, and The Sorority. All of these and more are available via your local bookstore or your favorite online bookseller in print or electronic format.  Her influences include Ray Bradbury and MAD Magazine. Currently, she’s writing a sequel to her vampire novel, Candle Bay, and finishing a wacky-scary-sexy horror novella with collaborator Alistair Cross. Look for it soon.