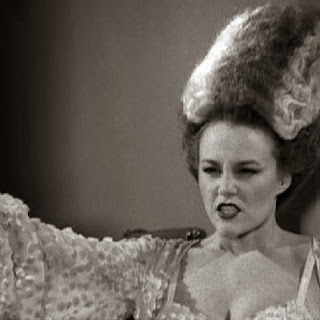 
You're the last person to die in your favorite horror movie, what's the name of the movie and how do you die?

Carrie, the original. I want to be crucified in the doorway opposite Mama White so we can gaze into each other’s eyes as we cross over into the next realm together.

In a remake of one of the Friday the 13th movies – you play Jason – what would be your method of execution for all your victims?

As Jason, I would move my business to the local Wal-Mart, where I would slaughter people by way of those pesky, unpredictable automatic doors... this would all take place in front of tantrum-throwing, sticky-fingered children.

In a remake of Halloween, you are one of the victims – describe the scene and your grisly death.

I would join Jamie Lee Curtis in the closet, ask her what the odds are that I might be able to seduce her mom, and probably be killed by Jamie Lee herself for getting a case of the nasty hands.

In a remake of the 1974 movie Young Frankenstein – which character would you play and why.

I would be Madeline Kahn, aka Elizabeth, because I want to get it on with monster.

In the Walking Dead, you and another character have survived the zombies, so far. You're on the move, but the individual with you is a wimpy scaredy cat, but oh so hot, still they keep drawing attention to you and your position and it's almost certain they will get you killed. What do you do - leave them for the zombies and save yourself? Or take pity on them, because their hotness makes up for their stupidity, and teach them not to be a wimp? Or do you have another solution.

I’d throw them to the zombies and rip my shirt open. That way I could be the hot one.

You're headed to a Masquerade party as your favorite horror character and at midnight, you are transformed into your character until sunrise. Who is this character and how many victims would you claim by sunrise?

I would be that weird Jigsaw puppet dude on the trike. I don’t know how many people would be killed. I’d be out, rocking my new trike.

Share with us your scariest ghost story – or nightmare – or tell us what scares you the most and why.

This one time at band camp, I woke up with a ghost on my face. What scares me most are ghosts that haunt faces.

Share with us your favorite Halloween experience, costume, and candy.

My favorite Halloween was the year I visited the nursing home dressed as the Grim Reaper. I wasn’t welcomed back, but I did get some good candy corn. I only eat the yellow parts, though. I give the half-masticated orange and white parts to Tamara Thorne.


Thank you Alistair, your anwers were most horrifying!
Tomorrow we will see if Tamara Thorne
backs you up on that band camp story! 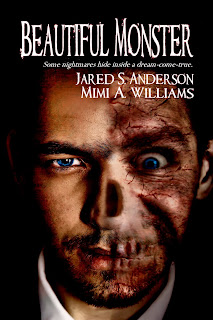 What happens when the man of your dreams becomes your worst nightmare? College student Brenna Carlson has fallen madly in love with the new man in her life, Sterling Bronson. When she awakens, naked and chained in Sterling's basement, his deviant plans for her become clear. Brenna must choose between playing along with his savage game, or risking her life to escape.

Beautiful Monster is available at: 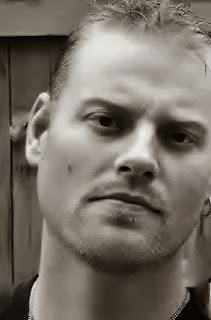 Alistair Cross aka Jared S Anderson was born in a small town in the western United States.

He grew up on horror novels and scary movies, and by the age of 8, began writing his own stories. In 2012, his first novel, a collaborative effort called Beautiful Monster, was published by Damnation Books, LLC. under the pseudonym Jared S. Anderson.

Mr. Cross is now hard at play on several other works, including a macabre little project with acclaimed horror novelist Tamara Thorne.
His influences include, but are not limited to, the works of Stephen King, Dean Koontz, John Saul, Tamara Thorne, Ira Levin, and William Peter Blatty.

In his spare time, he can often be found playing with fire, conquering ant colonies, flogging his friends, appearing pensive and thoughtful for no real reason, and exploring the various stages of hypnagogia on the freeway.