I think the scene where Gabe meets his Guardian Angel was tough to write. To get the angel right. To see Gabe’s reaction. To make it believable to the reader that Guardian Angels do exist. At least in the story. And that moment changes his life forever. An important scene, difficult to get just right.

If I’m outside taking a walk, the way I like to do, and see something slithering across the grass, you can bet I run screaming, thinking “snake.” I might be wrong, but I won’t wait around to find out.

Okay, let’s say it’s in the mountains with lots of trees. I’d try to find a section where the trees formed a sort of fence around me. I’d check the tree branches to make sure they were strong enough to hold me in case some wild critter showed up and I needed to climb in a hurry. I’d definitely take a skillet to cook on and food to eat in an ice chest, and hope I could find wild fruits and veggies. I’d also take a blanket because nights in the mountains sometimes get cold. The third tool I’d most definitely need is my Cell Phone.

I don’t know if this will surprise my readers or not, but when I was a kid I hated to read. I never went to the library to check out books. At school I only read what I had to in order to get by. Book reviews were a nightmare. Thank goodness for the jacket flap on the book that told about the story. Shh, that’s my secret. So why did I end up going to the university and getting a degree and becoming a teacher? Thank heavens I discovered what I was missing. Reading was fun and I learned a lot.

This may sound strange to you, but I’d go to South Carolina. That city has so much history and so many places to visit. There’s no place I’d rather be. Stories are all over South Carolina. The setting of one of my books, A Pirate, A Blockade Runner, and a Cat, is set in South Carolina. I had fun with that story. I ought to write another one about this interesting state.

6.    If you could tell your younger writing-self anything, what would it be?

7.    What does literary success look like to you?
I used to think that someone who wrote a book, won awards, and made movies of their book was a literary success. Now that I’ve been writing for many years, to me a literary success is writing your book and getting it published. Yes, winning awards, making lots of money would be nice. That is success, and I love it when one of my books wins an award. Another kind of success and maybe the most important is being satisfied with your story, your dream of writing. Each of us likely has our own idea of literary success. And that’s okay, too.

I’m working on two books currently. One is a middle grade story about a boy and his dog. It’s been submitted a couple of times but no one was interested, so I’m completely rewriting it to see what happens. The other book is a sequel to one of my earliest books published. I don’t know why I decided to write a sequel so many years later, and it may not work, but I had an idea. Also, another middle grade idea has me thinking and jotting down notes. It might be a fantasy. Not sure yet.

Thanks for listening to my rambling. 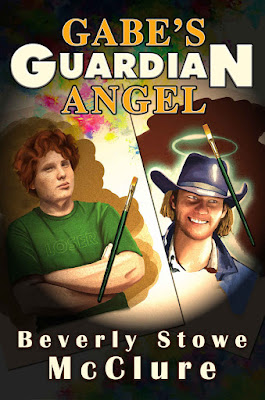 Gabe never asked for an angel…

Charley, his guardian angel, says no to that idea, and comes up with a different plan. He’ll give Gabe self-confidence so he can solve his problems, not run away from them. But Gabe wonders why the angel doesn’t just help with the bullies. What’s with this self-confidence stuff?

Can Charley help Gabe stand on his own two feet? Will Gabe give up hope life can improve for him? Or will he finally listen to the angel’s advice? 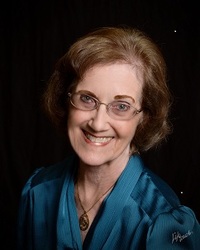 Most of the time you’ll find Beverly Stowe McClure at her computer, typing stories young voices whisper in her ear. When she’s not writing, she’s snapping pictures of wildlife, flowers, and clouds. Or taking a walk with her cat Tiger. She’s a member of the Society of Children’s Book Writers and Illustrators.  She has fifteen books published, several of them award winners. She’s sometimes known as the Bug Lady. She’s not telling why.

Her short stories have been published in Chicken Soup for the Soul Anthologies and children’s magazines.

The Story of a Writer blog

We loved your visit, Beverly!

Readers, do you have any questions for this amazing writer?

To win a free copy of Gabe's Guardian Angel, just tell Beverly if you believe in angels, guardians, or otherwise.