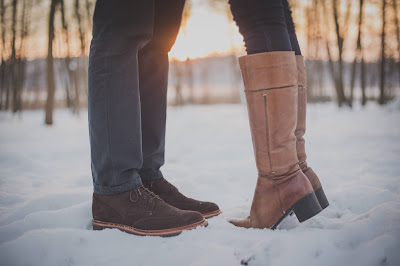 Photo by freestocks on Unsplash

Today, I’ve invited one of my favorite authors, Jemi Fraser, to tell us about her first love and how it inspired her writing?

As a Beta Reader, I had the pleasure of a first look and I was blown away by how her books captured my heart. I just had to know what her inspiration was. Here is Jemi's story!

Thanks for having me on your blog today, Renee!

Way back when, my sister started playing tennis. Being the tag-along sister I was, I decided to play too. We jumped on our bikes and found different courts around the city.
Back in those days, there were always lots of people at the tennis courts. In our city we had a system. Everyone sat on the benches lining the courts and waited their turn. People played for about a half-hour then took their seats at the end of the line. We all played doubles so that more people got to play.
At one set of courts, we played a few times against a boy and a girl we didn’t know.
Sigh.
He was a cutie and he played really well. We were well-matched teams so we often arranged to play against each other. It was a really fun summer.
Me being me, I was way too shy to ask the cutie for his name. In fact, we rarely spoke except about the game.
But my twelve-year-old self was in love.
Fast forward to Reaching For Everything and you’ll find that Kami and Rayce spent a lot of time in their youth on the tennis courts of Bloo Moose. Those memories, that love of the game translated easily onto the page.
As did the memories of that first love. That first burst of emotion that you remember a long time afterward.
As for the cutie?
I married him.
***
Folks, if that doesn't make you swoon...nothing will! 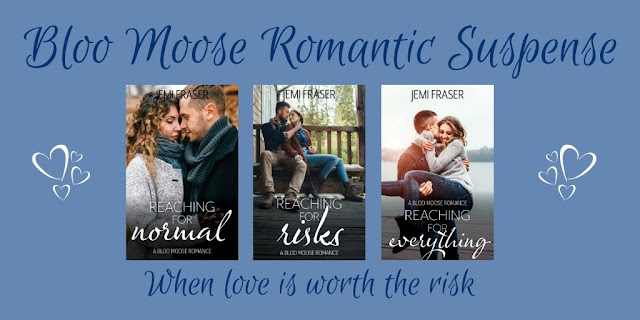 Welcome to Bloo Moose, Vermont, where love is worth the risk! Small-town contemporary romance with an element of suspense. Each book is a stand-alone.
Release Date - July 21
Pre-order NOW for only .99 cents!

Reaching For Normal
She’s no damsel in distress. He’s no Prince Charming. But if they don’t team up it won’t be only wolves that’ll be dying.
Amazon.com.    Amazon.ca.    Apple.     Kobo.    Google Play.
Barnes and Noble.    Goodreads.    Bookbub

Reaching For Risks
One Reno List for the B&B. One Risk List for herself. One sexy retailer who should be the last one she wants.
Amazon.com.    Amazon.ca.    Apple.    Kobo.     Google Play
Barnes and Noble.     Goodreads.     Bookbub

Reaching For Everything
Love means nothing in tennis. Can he prove to her that love means everything in life?
Amazon.com.    Amazon.ca.     Apple.     Kobo.     Google Play
Barnes and Noble.    Goodreads.    Bookbub
*** Jemi Fraser writes both fiction and nonfiction. Her nonfiction work focuses on the ways that dementia has impacted her family. Her fiction work varies from contemporary romance to suspense and flash fiction. Years as a teacher have taught Jemi that life is short and that happy endings are a must.

Jemi lives in Northern Ontario, Canada where snow is always a topic of conversation and the autumn leaves make everything better.

Readers, please share, tell us about your first love!