Chrys Fey is here today to discuss her writing
and her latest projects via this little interview.
Welcome, Chrys...

1.   What was your hardest scene to write?
The hardest scene I’ve had to write is in a book that’s unpublished. It’s a battle. A very long battle, so technically it’s several scenes in one, but it was physically and mentally grueling to write.
In the Disaster Crimes series, though, the hardest scene was the tsunami scene (Tsunami Crimes) in Beth’s perspective. Not because it was difficult per se. I actually wrote it quickly. Rather that it was tough to put myself into that as the writer. I’ve had many tsunami dreams (nightmares), and I can’t swim, so my fear came out in that scene.
2.   What makes you run screaming?
Lizards. Especially if one jumps out at me or, God forbid, on me.
3.   You’re about to be dropped in a remote spot for a three-week survival test. Where would you go? What three tools would you take?
Hmm…the remote spot I’d chose would be one in the woods by a freshwater lake or river. I would have a tent, a fully-stocked fishing kit, and a two-burner camping stove because let’s face it, I wouldn’t be able to start a fire with sticks. Now ask me if I’d survive. Haha. Probably not. I may write about my characters surviving extraordinary things, but I’d probably cry the first night and want to go back home by dinner the next day.
4.   What behind-the-scenes tidbit in your life would probably surprise your readers the most?
There are a few things that would probably surprise my readers that I’ll likely never share. However, I’ve shared quite a few secrets to my newsletter subscribers as well as in YouTube videos on my channel.
One behind-the-scenes tidbit I will share is that no one read Flaming Crimes (Book 4) other than my editor before it was published. I didn’t use any beta readers or critique partners, which goes against what I usually tell other writers to do (have at least 2-3 beta readers before an editor). I felt that it wasn’t necessary, that the story was right the way it was, that it was ready. (Side Note: I’m also an editor and had confidence in myself and my editor.) And that book has received the best responses from my readers, many saying it’s their favorite so far. When I submitted Frozen Crimes (Book 5), I did the same thing. No beta readers. Just my editor.
5. If you had the opportunity to live anywhere in the world for a year while writing a book that took place in that same setting, where would you choose?
Ireland. (I didn’t even have to think about it.)
6.   If you could tell your younger writing self anything, what would it be?
Oh boy. Probably to hang in there, that things will get better, and I’ll come out stronger for it. You see, I went through a lot of hardships and pain. I suffered from depression, poverty, and disability. Many times, I felt as though I was failing miserably at everything and would never achieve my dreams.
Well, it’s definitely not how it’ll look to other writers, which is the point, right? We all have our own ideas of success. My idea of success would be having a literary agent, a book or series that is doing well, and a steady income from publishing that I can count on.

8. Tell us about the book you’re working on now.

Currently, I am editing Frozen Crimes with my editor. After that, I will be publishing a novella for Thorn, a beloved character from the series. I also have a couple of short stories I’ll be providing for free to bring the series to a close. As for what I’m writing…well, I’m not sure I can tell you that. 😉
*****
My latest read of Chry's was
FLAMING CRIMES! 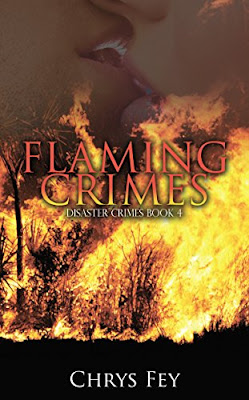 
Beth and Donovan are now happily married, and what Beth wants more than anything is a baby. Her dream of starting a family is put on hold as fires burn dangerously close and Donovan becomes a victim of sabotage.

Donovan escapes what could have been a deadly wreck. Their past enemies have been eliminated, so who is cutting brake lines and leaving bloody messages? He vows to find out, for the sake of the woman he loves and the life they're trying to build.


Amidst a criminal mind game, a fire ignites next to their home. They battle the flames and fight to keep their house safe from the blaze pressing in on all sides, but neither of them expects to confront a psychotic adversary in the middle of the inferno.
Their lives may just go up in flames...
Read My Review HERE! 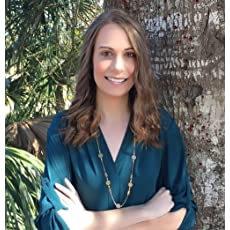 Chrys Fey is the award-winning author of Hurricane Crimes from the Disaster Crimes Series, a unique concept blending romance, crimes, and disasters. Fey also authored Write with Fey: 10 Sparks to Guide You from Idea to Publication. Catch the sparks you need to write, edit, publish, and market your book! She runs the Insecure Writer’s Support Group Book Club on Goodreads and is also an editor for Dancing Lemur Press.


Instagram / YouTube / Facebook / Twitter
Thank you Chrys!
We're all looking forward to reading
Frozen Crimes!
Readers where do you think this one will take place?
Chrys, any hints?
Posted by Yolanda Renée at 12:00 AM