Meet author W. C. Furney, a renaissance man.
He's here to discuss his book Aphrodite's Whisper.
A romantic look back to a time
when the world was changing at a rapid pace.
If you love the historical genre, you'll
enjoy this book.

Without giving too much away…the ending.  The concept for Aphrodite’s Whisper began with three clear scenes in my mental outline, one at the beginning, one in the middle, and one at the end.  From the first day of writing, I knew what fate would befall the main character.  When the time came to actually write the scene, I put Enya’s haunting song Exile (https://youtu.be/7AensT8ntoY) on loop and fortified myself with a wine glass and a bottle of Chardonnay.  Though it totally betrays the manly exterior I’ve carefully cultivated over the years, I literally had tears streaming down my cheeks from beginning to end.  To this day, I tear up whenever I hear that song.  Of course, I had to rewrite the scene several times when I was sober, but the experience was truly cathartic.

Other than that, the love-making scene.  It’s REALLY hard to write about meaningful sex and not cross the line into something that’s too graphic.  I think I pulled it off, but I hated the process.  I had to consider every sentence and almost every word a hundred times before I felt it was right and appropriate.

In life, arrogant @ss clowns.  In writing, adverbs and the word “murmur” and it’s variations.


3.    You’re about to be dropped in a remote spot for a three-week survival test. Where would you go? What three tools would you take?

That’s easy.  Drop me onto a (remote) Hawai’ian island armed with a satellite phone, a surfboard, and an American Express Platinum Card.  Not what you were looking for?  Hmmm…  OK.  I think it would be something like the island Tom Hanks was on in Castaway.  A good, sharp knife would be nice.  I don’t think I’d need a flint, but that would make starting fires easier.  And a non-stick frying pan.


4.    What behind-the-scenes tidbit in your life would probably surprise your readers the most?

I was confirmed in Grace Episcopal Church, Plymouth, NC, and was an acolyte.  For real.  It was my introduction to the blessing of wine.  I would also mention the fact that my two sons and I earned black belts in traditional Okinawan Kenpo karate.  I was 45 years old at the time.  They were a lot younger.


5.    If you had the opportunity to live anywhere in the world for a year while writing a book that took place in that same setting, where would you choose?

There are two ways to look at this question.  Do I pick a place I would really like to visit and then create a story for the setting?  Or do I already have the story and its setting in mind and choose that place?

If it’s the former, it would have to be Ireland.  There is something about Ireland that calls to my soul.  I know I have a little Irish in my DNA, but the calling is far stronger than I can explain.  If it’s the latter, it’s got to be New Orleans.  I know exactly what I would write about and exactly what research I would need to do.  New Orleans occupies a unique place in American history and there is no other city like it anywhere.  PLEASE, patrons of the literary arts, provide me with funding for an apartment in the French Quarter, preferably on Bourbon Street.


6.    If you could tell your younger writing self anything, what would it be?

Don’t be so hardheaded and don’t be such a dumbass.  Buy stock in Amazon and Microsoft.  Don’t fry bacon in the nude.

Having a NY Times #1 best seller would be wonderful.  Making more money on my writing than it costs me to produce would be pretty nice too.  One thing I’d really like is to be traditionally published.  I know from reviews written by people who don’t know me and don’t have a family/friend “obligation” to say nice things, that my writing and storytelling are very good.  Most would say excellent.  I mean, readers get so wrapped up in my characters that most of them cry at the end of the story.  That’s the highest praise a writer can receive.  It’s really frustrating to see less worthy books being picked up by literary agencies and put out by established publishers.  That might sound like a whine, but it’s not.  It’s a dispassionate, sober evaluation of the situation based on the unbiased opinions of people I don’t know but felt compelled to tell me how much they like my books.

I’ve gotten very close to breaking into traditional publishing but haven’t quite made it over the finish line.  To put it into perspective, I had two agents with reputable literary agencies tell me that I write just like a famous author.  One said that I write just like Nicholas Sparks.  (I don’t think that’s accurate, but I said thank you anyway.)  The second one said that I write just like John Grisham.  (I think that’s closer to the truth and said thank you very much.)  In the next breath, each of the agents then said, “But I don’t like the way he writes.”  As a writer, what the hell do you do with that?  It’s like the NY Yankees saying, “Sorry Mr. Furney, but we don’t need another left-hander who can throw a hundred-mile-an-hour fastball.”  Aren’t they in this to make money?  Haven’t Grisham and Sparks made like a bazillion dollars?

For my third novel, I’m writing something completely different from the first two.  In addition to being written in first person, it’s a mystery set in contemporary times, though the detective is tracking down a serial killer whose crimes are committed over a 20-year period.  The main character is terribly flawed and becomes obsessed with finding the killer when he discovers a connection they’ve shared for decades.  The connection is so strong, he begins to discover things about himself better left unknown.  In his own words; “I grew up thinking I was going to be John Wayne, decided to settle on Charles Bronson, but ended up being more like Artemus Gordon...smart enough, capable enough, and with a few tricks up my sleeve…but not, exactly a bad ass who makes bad guys piss their pants.”

Unlike my other novels, this story probably won’t make you cry.  (Or will it?)  But I promise it will be a page-turner that will keep you in suspense and keep you guessing the whole way through. 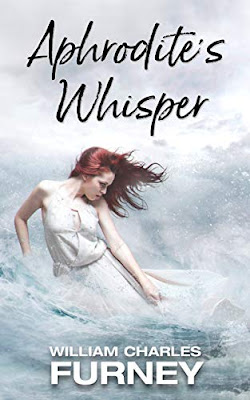 Aphrodite's Whisper is an epic story that begins in the winter of 1903 with the grounding of a private yacht during a brutal nor'easter on North Carolina's dreaded Diamond Shoals. Caelyn Canady, a moneyed-class misfit from New York, becomes a castaway forced to save herself and the man who should have rescued her. During her journey home, she finds love on the desolate dunes of the Outer Banks, witnesses man's first flight, and becomes the woman she knows she is meant to be. Ethan Roberts, her would-be rescuer, is a veteran of the Spanish-American War tormented by the deaths of his best friend and an innocent woman. In becoming a surfman, he has found refuge in the untamed isolation of Cape Hatteras where the next call for help may be the one that finally frees him from his guilt and pain. Whether it be through redemption or death he no longer cares - until the stoic Missourian's passion for life is rekindled by the slight woman who saves him. 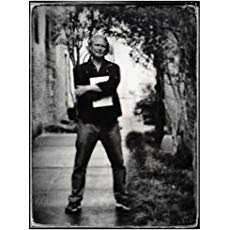 William Charles Furney was born and raised in the "Down East" region of coastal North Carolina where pirates are local legends and their folklore lives on still. A former soldier, journalist, and communication professional, William tapped into a lifetime of experiences and adventures to craft a pirate tale in the tradition of Captain Blood and Treasure Island.

After arming himself with a BS degree from the University of Colorado's School of Journalism in Boulder, he ventured out into the world as a reporter where he proceeded to hone his skills at pissing people off with the written word. 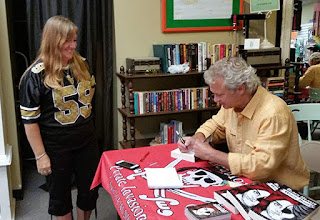 Along the way, he earned degrees in public relations and advertising. He became one of the first five people in the country to become a Certified Communicator in Public Health. He had his own column in the Jacksonville Daily News. He was a director of public relations for private industry and the director of communication for several government agencies. He established two public information offices where none previously existed; one for the State Health Director's Office and the other in the Office of Public Health Preparedness and Response - the state agency created in 2001 to oversee preparedness efforts associated with biological attacks and pandemic outbreaks.

Thank you, Bill, for your participation.
Congratulations!
Aphrodite's Whisper
is a powerful story!

Readers, if you could tell your younger writing self anything,
what would it be?