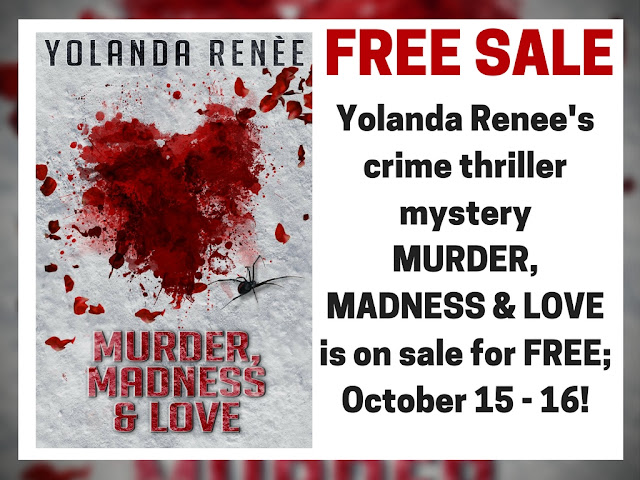 I'm proud to announce that all 3 books

Will soon be available in AUDIO!

The trilogy is complete and book 4 is on the way! 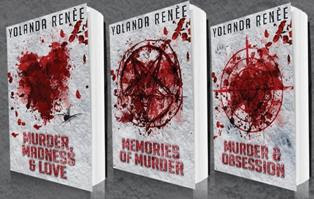 For your enjoyment, an unedited excerpt from book 4:

CHAPTER I
APRIL IN HAWAII

"Where do you think you're going?" Steven threw the blankets back.
"I'm meeting Elliot for a run on the beach, you know, that thing I do every morning while you continue to dream," Sarah said.
Steven shook his head and rubbed the sleep from his eyes. "Damn, I miss our cabin in the woods."
"Really?" She finished fastening her hair into a ponytail and faced him, eyebrows furrowed. "Hawaii was your idea. Cabin fever, if I remember correctly. At least that's what you told Frank."
"I was wrong. At the cabin, we spent hours cuddling. Now you're up with the sun, and the bed is cold."
Sarah sat down beside him. "I miss that too."
He pulled her deeper into the bed, his naked body covering hers. Kissing passionately, she molded her body to his.
"Tell you what." She said after she caught her breath. "I'll make it a five-mile run, and after a quick shower, we'll continue." She smiled but pushed him away.
He fell back on the bed and sighed deeply. "Five miles? I'll bet you do fifteen, just to make me wait."
She nibbled his earlobe. "You’re the one determined to get me healthy. I'm doing all I can to fulfill your wish. I promise a quick run. You start the shower, and I'll be right back."
He sighed again but let her go and pulled on a pair of shorts. In the kitchen, he poured a cup of coffee, grabbed the paper from the front porch, and went to the patio to monitor her run. He never slept during her early morning excursions. While Elliott, her bodyguard and running partner, was always at her side, Steven kept his eye on the dunes and the rocks dotting the beach. He didn't expect trouble, but he was ready regardless of the serene setting that Hawaii offered.
They were on private land, with a private beach, but Steven never rested when Sarah was out of his sight. It had only been four months since the last threat, and he wasn't ready to trust there'd be no more. In December, he'd rescued her from a kidnapper, and a sniper determined to put a bullet in her head, but constant nightmares haunted his dreams.
Frank had convinced him to come to Hawaii and consult on a case while continuing the honeymoon. He'd promised Sarah a year of his time, and while he felt guilty for working, Sarah needed the sunshine. Their cabin in the Brooks Range was great, but she had continued to struggle with her health. The warmth of Hawaii changed all that. In less than a month, she was the picture of wellbeing and this new case was close to a solution.
Their suspect had made a huge mistake moving to Hawaii to continue his exploits. The killings had started in Los Angeles, in January, but moved to Hawaii in March. The killer made his victims eat their own body parts, sexually assaulted them, and eventually killed them. This creep's appetite knew only brutality and Frank wanted Steven's help to capture him. They were close and once the case wrapped up, Steven would take Sarah to Paris.
He sipped his coffee and caught sight of her and Elliott coming back up the beach. The phone rang and when he answered, Frank shouted at him. "Where's Sarah?"
"Running. Why?"
"Get her in the house. I'm on my way." Frank yelled.
Steven could hear the roar of a helicopter in the background. "What's happening, Frank?"
"Bardot. Rudy Bardot, Jarrod's brother, is alive. He's our serial killer, and he's after Sarah!"
Steven dropped the phone and grabbed his gun. Barefoot he took off for the beach.
Two seconds too late.
Rudy Bardot rested a sniper rifle on a dune. His targets were in view. Steven sighted the man just as Sarah and Elliott arrived at ground zero.
Before Steven could calm his breathing enough to shoot, a shot shredded the morning's tranquility!
Elliott always ran with his body blocking Sarah's in safety, but the shooter had prepared for that.
One shot and both Sarah and Elliott went down. The bullet had gone through Elliott's shoulder and hit Sarah.
Bardot dropped his gun, pulled a knife, and moved toward his victims. He wanted a souvenir. " Jolies oreilles," Bardot said. (Pretty ears.)
Steven fired . . .
The end!

Well, actually the beginning of book 4.
I hope I've enticed you to start with Murder, Madness & Love
Or if you've already read the trilogy,
I hope I've excited you about the next book
MOTIVE FOR MURDER!
FYI
I changed the title from Dark Motives to Motive for Murder.
I've always referred the first three books as my
Murder Trilogy;
I thought it made sense to make it the
Murder Series
by keeping the word
Murder
in all the titles!
Do you agree?