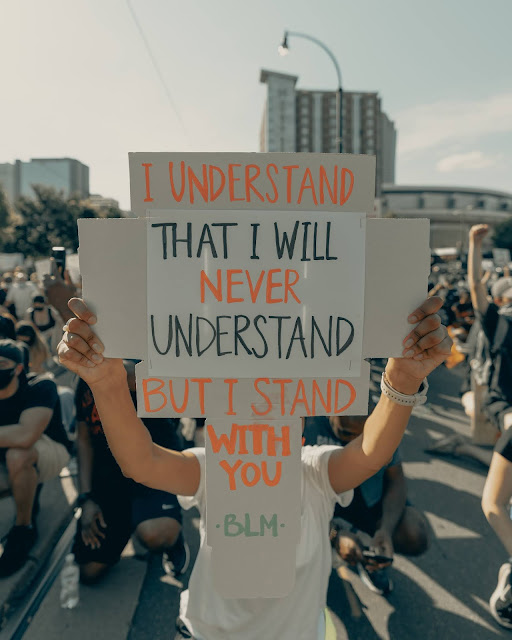 Photo by Clay Banks on Unsplash

“Damn it, Gracie! Don’t yell. What’s your hurry? We’re only going down the road.”

“I know, but I don’t want to make a bad impression.”

“What? What’s wrong?” She looked at her reflection in the refrigerator. “It’s a simple summer dress. We’re going to a barbecue, not a black-tie affair.”

Grace cringed and mumbled. “You say that no matter what I wear.” Then a bit louder, she added, “I see you added jealousy to your outfit. Stuff it! Let’s go.”

Bill grabbed her by the wrist and wrenched, almost dislocating her left arm.
“Ouch.” She tried to pull away.

He yanked again, pulling her close. His face next to hers. “Go change! Put on something decent!” He let go of her. “NOW!”

Grace stiffened her back but hurried from the room. Tears raced down her cheek. She yanked the dress off, wiped her tears, blew her nose, and threw the new outfit in the trash. She grabbed a conservative pair of black Capris and an oversized blouse. Heaven forbid she show any curves. Flat sandals and the look was complete.

When she walked back into the kitchen, Bill nodded. “That’s better!” 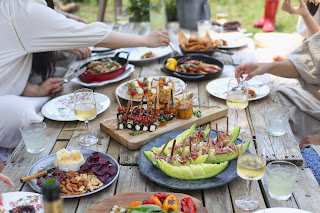 Dinner went well, and the conversation flowed, but so did the beer. Kay’s husband, Ernie, was a friendly guy, and he and Bill seemed to connect. But the more beer they drank, the worse the conversation got.
Grace and Kay cleared the food and dishes and drank a glass of wine in the kitchen while the boys got their boast on. During their conversation, Bill walked in and came up behind her. He hugged her tightly. His hands slid under her blouse for a quick feel. Grace tried to brush him off, making him more persistent. “Come on, babe, just want some of that brown sugar!”

Embarrassed but not willing to cause a scene, Grace turned to kiss him.

“And some fun,” Ernie said as he opened the basement door and grabbed two bats: one metal, one wood.

Ernie laughed. “Yup, that’s exactly what we’re going to do.” He swung the bat, barely touching Bill on the shoulder. They walked out laughing.

“No, I’m exhausted. I just want to go home and take a nice long, hot bath.”

“That sounds wonderful! I think I’ll join you.” The women laughed as Kay walked Grace to the door.
*****
Grace awoke at six the next morning and realized that Bill hadn’t come home, again. Pissed, she went to the kitchen for coffee. “This is it. I’m leaving,” she said to no one as she pulled a mug from the dishwasher.

She’d been contemplating it for a long time, well, not that long. They’d only been married for six months, but she knew Bill’s womanizing and abuse would only get worse. She had to get out before a child made going impossible. Her problem, no money, and no car, but a bus ticket wasn’t out of the realm of possibility. She went back to her room to pack.

An hour later, packed, dressed, and ready to call a cab, Kay knocked on the door.
Kay looked flustered. “I need your help.”

“What’s wrong?” Grace said and ushered her in.

“I just got Ernie out of jail.”

“What? “Grace backed up. “No one called. What hospital? What happened?” Panic began to build.

Kay took her by the arm and led her to the living room. “It’s all right. I promise. Just sit down, and I’ll explain.” Kay quickly poured a small glass of brandy and handed it to Grace.

“Last night, when Ernie said they were going out to play baseball, he meant something else.”

“There’s this game the guys play. But instead of hitting baseballs, they hit…” She hesitated, rubbed her hands together, and lowered her head. 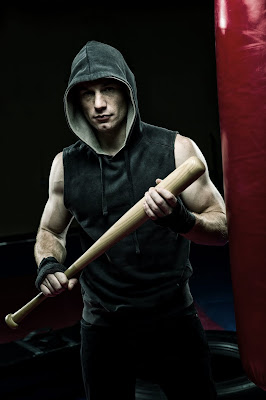 Grace reached out and touched her knee. “What? What is it?”

“They drive around town and swat at the black people on the streets.”

“Ernie’s family has done it for years. They see a lone black person, drive up close, try to get their attention, maybe ask for directions. When the guy leans in, they swat him with the bat and drive away.”

“This can’t be true. You’ve got to be kidding.” Grace stood but was so shocked she could only pace the small room. Her hands in constant movement.
“Why? How? And they did this last night?”

“Bill was shot?” Grace felt as though she were in a nightmare.

Kay nodded. “I’m sorry. Ernie told the police Bill was a hitchhiker that he thought was coming from a baseball game. He told them the baseball bats belonged to Bill. That he didn’t even know his name. That’s why no one called you. Ernie threw Bill’s wallet away before the police arrived.”

She ran to the kitchen to get her purse and keys. “Take me to the hospital.”

“I can’t. Ernie won’t let me. Listen, Grace. I know Bill’s abused you. You told me yourself you’ve thought of leaving him. All I want is to save my Ernie. After all, it was Bill that swung the bat.”

Grace started to cry, then shake. “I can’t believe this. I just can’t!” She sank to the floor. “Bill never showed any signs of racism.” She put her face in her hands and rethought her words. She really did not know the man. He’d swept her off her feet. How? How could I miss that and his penchant for abuse? “Oh god. Oh god,” she said repeatedly. All she could see was her mother’s face. She even heard her words. “Mixed marriages are trouble. Nothing but trouble.”

Kay sat down beside her and hugged her close. “I know it’s a shock. It was for me too, but despite it, I love Ernie. He’s my everything,” she said, her voice coated with tears. Defeated, Kay moved to the wet bar.

“Listen, you don’t have to do a thing. I’ll think of something else.” She poured more brandy and handed Grace the liquor. “Drink all of it. It’ll settle your nerves. Then we’ll talk calmly. I’ll make sure you get to the hospital.” She watched Grace down the potent liquor.
*****
Kay watched the movers haul boxes and furniture from Bill and Grace’s house.
Ernie came up behind her and put his arms around her waist. He pulled her close. “What would I do without you?”

She smiled. “You’d have ended up on death row ten years ago. You do the job of the righteous, and I do the clean up.”

“I still can’t believe they bought that story. But leaving Bill’s car empty of gas in that lot and with several baseballs inside, convinced them I’d picked him up as I said.” He kissed her. “You are my guardian angel.”

“And don’t forget, putting her body in that hot tub screwed up their chances to determine the time of death. Now they believe Bill killed his wife too.”

“We’re just lucky he died before regaining consciousness. Talk about the perfect crime!”

A critical moment in history is happening before our eyes. This story was written because I can’t stay silent. I may not have the right to speak, but I want to add my voice to those fighting for justice. Writing is one way I can do that. And while this is fiction, the story is based on reality.

I learned of this sick game. Yes, it was described as a game. I learned about it when I lived in Valdosta, Georgia. I heard it from the mouth of one of the players.

Was he describing an Urban Legend/Nightmare? I have no proof one way or the other. All I know is that the man’s bragging scarred my soul, just as the scene of George Floyd’s murder did.

But I believe that change is coming. Maybe I’m being idealistic, even naïve, but my broken heart says otherwise.