Of Gods & Sorrow by Christine Rains

Welcome, Christine Rains, author of
Of Gods & Sorrow.
One of my favorite authors.
Christine is here to share a little about herself and her latest book. 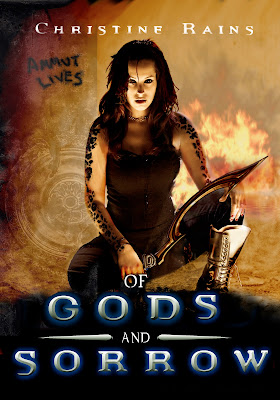 Of Gods & Sorrow
1.    What was your hardest scene to write?

The ending. Endings are always tough for me as a pantser because I don’t know how it’s going to resolve itself. I want the protagonist to win, but I love stacking the odds against them. I want it to be believable and satisfying for the reader, and I want it to resolve itself in a way no one expected. This was especially difficult with Erin’s situation at the end with the cult, but hopefully, I achieved what I set out to do.

Nothing. I don’t like to run and I’m not a screamer. I’ve always been a face your fears kind of person. Though I give a very wide berth to spiders and snakes!

The Canadian wilds. Not too far north on the tundra, but it’s cold enough as it is. I’d take a Swiss army knife, a fire-starter, and proper clothes. I’ve watched a lot of survival shows over the years, and hopefully, that helps.

That I never take detailed notes while writing. I love to have many-layered characters and several crisscrossed relationships and a web of sub-plots, but I store them all in my head. I usually start with the good intention of keeping a notebook of a book, but the story takes off on its own and I just go with it.

Hm, that’s tough. I want to live in so many places! I would say a cottage in the English countryside near mysterious ruins. Oh, the magic of such a place!

6.    If you could tell your younger writing self anything, what would it be?

Don’t care so much about what other people think about your writing. I hid what I wrote for so many years until I gathered the courage to submit stories to publishers. Sharing a piece of our soul with the world is tough, but it’s more than worth it.

This has changed for me over the years. It was once having been published by one of the major presses and being as big as Stephen King. These days, I want to publish stories that I love to read and find readers that love to read them too. I don’t need to be the next Stephen King, but it would be nice to pay off some of our monthly bills with income from my books.

I’ve jumped into a new genre, LitRPG or GameLit. It’s fantasy fiction based on characters who get sucked into the game world they’re playing. Jumanji is a great example. My protagonist is playing a tabletop role-playing game I created called Khthonia. She and her friends must find a way to lift the Specter Plague curse and win the game to get home. It’s a geeky and exciting fantasy with some horror thrown in. 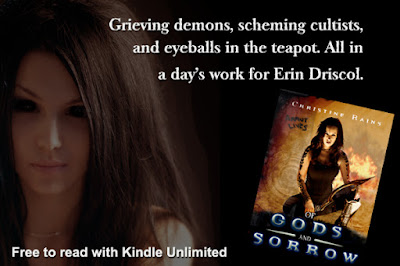 Stopping the undead will seem like child's play when the Cult of Ammut comes calling.

Even after losing most of her adopted family, Erin Driscol continues to console clients at Putzkammer & Sons Funeral Home. Keeping the funeral business working smoothly is no longer the walk in the graveyard it used to be. Grieving demons are fighting in the halls. Eyeballs are showing up in teapots. And a so-called psychic and member of the Cult of Ammut claims Erin's boss Cort is a god. All Erin wants is a friend to lean on and a sense of normalcy. But as the cult kills people and repeatedly attacks the funeral home, she must stand strong or lose Cort to the Lake of Fire. 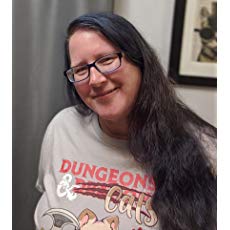 Christine Rains is a writer, blogger, and geek mom. She has four degrees which help nothing with motherhood but make her a great Jeopardy player. When she's not reading or writing, she's going on adventures with her son or watching cheesy movies on Syfy Channel. She's a member of S.C.I.F.I. and Untethered Realms. She has four novels and several novellas and short stories published.
Find Christine HERE:
*****


Wishing you all the best on your newest project- LitRPG!


Congratulations on all your success!

Christine was wondering if you could tell your younger self anything, what would it be? 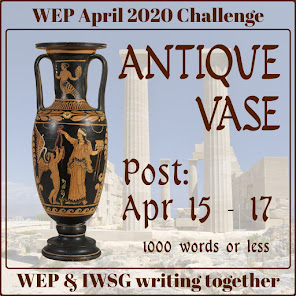