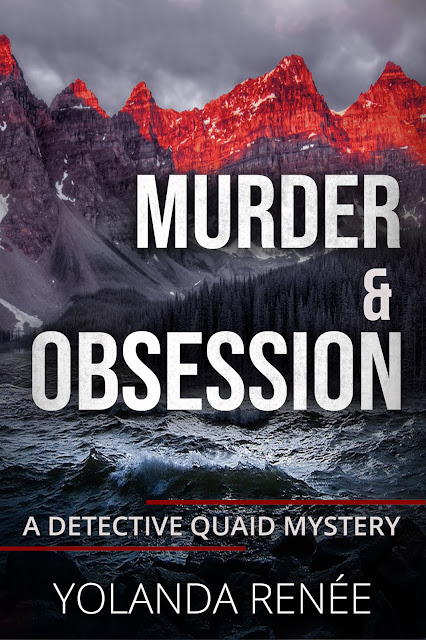 Flames burn between a hardboiled cop and a gifted artist but soon extinguish as another man’s obsession ignites into an inferno of desire, driving him to destroy the object of his madness.

Powerful arms carried her; the same arms that moments ago held her under the ice-cold water of the Koyukuk River. Sarah shouted for help. Her abductor laughed. She screamed again, and louder, the effort scarring her throat like a flame swallowed but not extinguished.

“Shut up, bitch, there’s no one out here going to help you.” The monster laughed, and the noise kept her from descending fully into the depths. She grappled for lucidity. Seconds later, he threw her like a sack of shit onto something hard. Her head smashed into metal. Darkness threatened to consume her.

A slammed door rattled her brain in an explosion of noise and pain; she fought to clear the haze obscuring reality. Sarah struggled to move, but her arms were tightly bound at her sides. Her eyes were open but all she saw was darkness.

Panic climbed from her toes to her chest and every muscle tightened in fear. Her lungs struggled for air. Her old nemesis, claustrophobia, fought for control of her senses. She coughed, and foul river water exploded from her mouth and flowed down her neck and chest. Fighting her deepest fears, Sarah knew she had to suppress the panic surging through her gut. She prayed for strength and willed the desperation gone.

With control over her breathing, she achieved some semblance of awareness and realized she lay on the backseat of a vehicle, her naked body cocooned securely in an animal hide. She felt the cold of the Koyukuk on her skin. Her hair, a mass of slime, was like melting icicles against her back. Her body flamed with a chill that burned so deep she thought Freon flowed through her veins. Panic built until oblivion consumed her.

Minutes later, she came to and slowly reaffirmed her location, but wondered if they’d drugged her again. Struggling against the beckoning darkness, she used every ounce of courage she could muster to pacify each synapse telling her life depended on fight or flight. She realized her head now rested on the lap of a stranger. His arms held her firmly in place while the vehicle bounced over rough ground. "Welcome To My Nightmare" blared from surround-sound speakers.

Her captors laughed and sang as though Alice Cooper had penned their theme song. Blackness won again, but the next time she came to, she heard the voices of the people responsible for her anguish.

“God damn it. What fun. Went like clockwork. The boss will be pleased.”

She recognized the voice of the man who abducted her, Yurij, an ugly brute, a Russian, who spoke perfect English and had the manners of a flesh-eating troll.
His girlfriend, Gladys, had the same hostility as her fiancé. She responded with irritation, “We’ve done what he asked. Tell me it’s over and we don’t owe him anything else.”

“Once we deliver the girl, it’s over. Our future, our family, is all that matters,” Yurij said.

With those words, Sarah remembered details. Memories―cloudy, violent, and terrifying―rushed forward. The air warmed, and her body shook involuntarily from chills that generated deep inside. The arms around her tightened, and the man who held her leaned close. He uncovered her face. She recognized him as the only kidnapper with any compassion.

“Be still, or they’ll drug you again. You’ll be safe soon. Don’t fight. Do what they say.” He tightened the blanket around her and rubbed her arms to help ease the shivering. He wrapped her hair in a towel. His efforts to make her comfortable failed. “Keep cooperating and everything will be fine,” he repeated, as though she had a choice.

She focused on his deep brown eyes, but the drugs they’d given her stole the last remnants of her resolve. “Please tell Steven to hurry.”

The darkness summoned and she unwillingly surrendered. 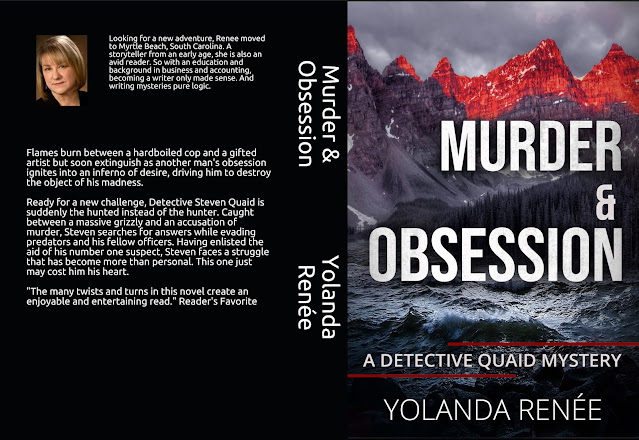 This is the third book in the series.

are the first two.