A Passion for Murder. 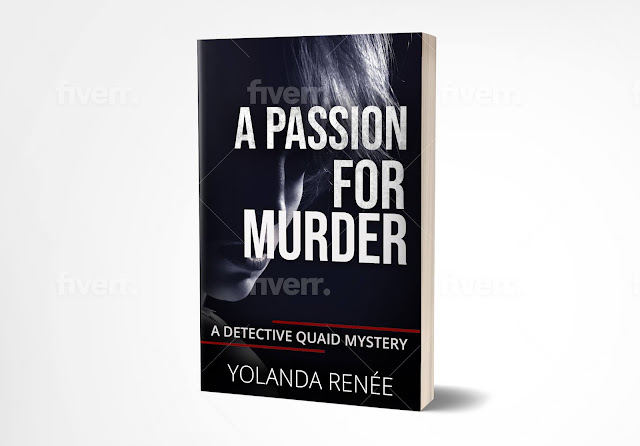 Several times in the two weeks after he'd reported for work, Steven was discovered asleep in Tiama’s room. A baby monitor and camera kept everyone informed of Tiama's needs, but for the third time this week, Steven ended up sleeping there too. No matter what time he came in from work, the nursery was the first place Steven would visit. It held a comfortable chair where he'd relax, often with his son in his arms. Since starting work, it's where he found respite. Without disturbing Steven, Sarah fed, then changed Tiama and rocked him back to sleep.

After she had her son taken care of, she tried to wake her husband. Sarah shook him gently. "Steven. Come to bed with me. You'll be more comfortable. I promise."

Startled, Steven jerked awake, grabbed her by the throat, his chair slamming shut with a loud thud as he stood. Forcing Sarah backward, he banged her head against the wall. The harsh growl from his throat sounded animalistic. His face contorted with the resolve to destroy his enemy.

Frightened and caught off guard, Sarah tried to scream. Instead, she could barely croak his name. "Steven." Failing, she made a fist and struck him. "Get off me." She tried to yell.

Her wallop caught his attention. He loosened his grip as it took him a second to realize what he was doing. The newly hired Nanny rushed into the room. She stopped cold, unsure of what was happening.

"Oh, God. Sarah, I’m so sorry." He held her close. "I’m so sorry. Are you okay?" He held her away from him to check the damage. She was clutching her neck and trying to get her breath. He moved her hand and saw the bruises already forming. "Oh my God, what have I done?"

"Nila, it's all right," Sarah told the frightened girl. "Tiama is sleeping," she rasped. "Go back to bed."

The symptoms may include:

·        Reliving–flashbacks, hallucinations, nightmares of the incident

Data from Focus Medica. Reviewed by a panel of doctors.Learn more

Consult a medical professional for advice

Steven and Sarah went through a horrendous year after The Snowman escaped prison. Steven knows Sarah suffers from PTSD, but he isn't willing to label his own stress the same.

Denial is typical, but help is key to fighting your way through it. Something many of us have a tough time asking for and accepting.

Email ThisBlogThis!Share to TwitterShare to FacebookShare to Pinterest
Labels: A Passion for Murder, PTSD, Using life in stories, Yolanda Renee