MURDER HAS A PRICE

You all know Pat Hatt and his cats? 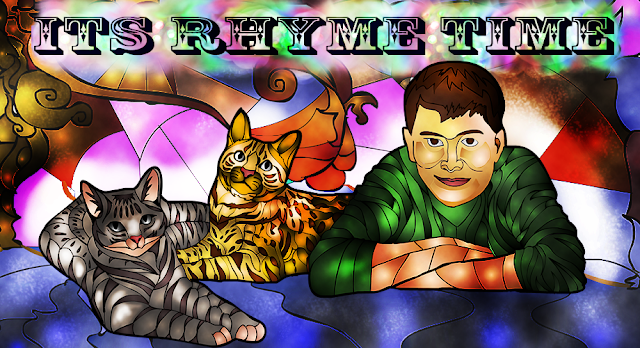 But do you know Patrick Hatt - mystery writer?

Well, he's here today to discuss one of his latest releases!

MURDER HAS A PRICE 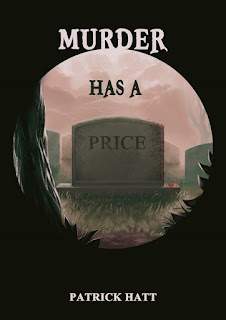 1.             Can you tell your readers something about why you chose this particular topic to write about? What appealed to you about it? Why do you think it is different, and your approach is unique?

The main reason I started as the idea popped in and then I just started writing it. Plus I wanted to explore other genres a bit and write a one off book. Whereas some other books I’ve written had sequels this one was more a one and done with the door left open a crack. As I’ve always got ideas. So that was the appealing nature, just trying something new. I think it’s different as it’s more go go go and the main character isn’t worried about being a detective or following any rules but his own. He has his goal and everything else be damned.

2.             How long do you think about a topic before deciding to write about it? Do you have a set of notes or a notebook where you write down topics that appeal before making a decision as to which topic this time?

I usually just get an idea in my head. Then I come up with the beginning and ending and just go to it. I have a list of ideas saved and many more in my head. So I’m never lacking in that department. I’ll croak, even if I live to be 100, before I run out of ideas.

3.             How long does it take to research a topic before you write? And for this book? Did you learn something unusual during your research that you can share here?

Depends on the book I write. Kids books are just fun rhymes, so very very little, if any. My biggest was some of the myths I had to explore, like Greek gods and stuff. I knew most but I wanted to be sure in some cases. For this book there wasn’t a whole lot. I don’t think I learned anything unusual. I know one reason research takes long for some books as one picks a setting, so they have to research the place. I purposely create a setting where it can happen in multiple places, as I like to create the aspect that it could happen nearby the reader. So that saves time on research. Although my latest demands I use actual places, so it’s taking some research time.

Google is my main resource. That and, like for this one specifically, I’ve watched a lot of cop shows and read many as well, so that leads to the knowledge I have in my head.

5.             Do you use professionals to verify your facts, such as the police? Is there a good way to approach them? How valuable is their input? Or do you just wing it?

So far I’ve been more of a just wing it. If there comes a case where I actually need procedure and the like down the road, then I’ll have to go asking. 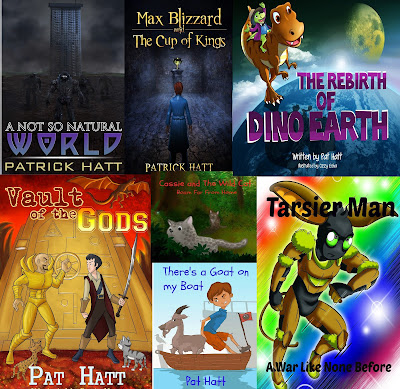 I have self published all 104 works I have out there. One of the main reasons as a publisher takes foreeeever. That and I like my writing freedom. I’d recommend self-publishing beforehand because then you’d  have something else for a publisher to look at.

The best way to build an audience is to pick a few social media platforms and stick to them. Don’t stretch yourself on everyone until you have a good audience on one or two. Then just enjoy it. If you don’t enjoy doing a blog or Twitter or what have you, people can tell and they won’t give a crap because you don’t.

Pfffft I’m still looking for tip and tricks myself. In order to really get good marketing it takes money to make money. You could have the best book in the world, but if no one sees it, it won’t do a bit of good how well it is written. And the only paid marketing out there that actually works 100% is Bookbub, that I’m aware of anyway, but getting a book in there isn’t easy unless you have 100 reviews on Amazon or elsewhere. That’s my only words of wisdom with marketing.

8.             Does writing provide you a sufficient income to live on? If so, how long did it take before this happened? Is it your goal to be financially successful, or do you write and publish solely for the 'satisfaction of sharing your stories'?

It buys groceries some months, does that count? I would like to be financially successful, who wouldn’t? But unless a book made a million bucks and you can use that to live off while you wrote others, it would kind of get a bit stressful and maybe suck the fun out of doing it. Always worrying how the bills would get paid and such.

So do I want the dough? Heck, yes. But my main goal is to get the stories out of my head and out there for whoever to see that sees them.

Can’t say I ever went on a book tour, digital or otherwise.

TV and movies would be great. That is where the real money is. But that is even harder to break into. So many who try that end up being waiters the rest of their lives. No thanks. I’ve got 2 novels done I’m sitting on. Love Thy Self, a very strange meta story, and A Not So Universal World, the 8th in my other series. Just need to get covers for them and give the later an edit or ten. Now I’m working on a combo comedy book, taking two ideas and mashing them together. A Thousand Miles is the title. It’s different then what I’ve written before in a way, as it’s more comedy and action. There are no powers or aliens or murders or anything like that. But that’s all that I can say on that one until it is done and ready to go.

And just for you a rhyme shall come due. Thanks for having on by Pat Hatt or Patrick Hatt the double named guy. One for non rhyme and one for rhyme. I think you can figure out which is which in no time. 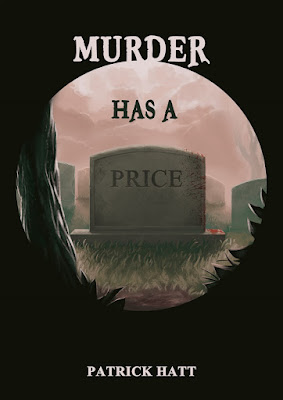 Detective Hollerin has received his badge after a few short years with only one thing in mind, find the real person who was behind the murder of Torrie and Kurt Price and put them in the ground. He, along with the Price's butler Mr. Dunker, know without a doubt that Mr. Price would never kill his family. Even if all signs point to him being the killer, Detective Hollerin will find the real truth behind the murders. With secrets of his own, like hiring the Los Hugos gang for jobs the police aren't willing or allowed to do, Detective Hollerin pushes forward on the case.

His one and only goal is to find the killer and end their life. But his search ends up unraveling a conspiracy that extends to all levels of the city and beyond. Detective Hollerin's quest for vengeance leads him to places that he never thought he would go. Now he must use all the skills from his past and his present to survive, end the conspiracy, and find the real person behind the Price murders, no matter the cost.
***** 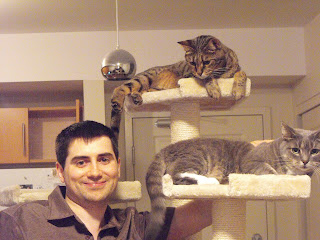 Pat Hatt can be found in the East Coast of Canada. He hates writing these things but doesn’t mind talking in the third person. He dabbles in a little of this and a little of that, not afraid to attempt something new.

He is owned by two cats, one of whom has his own blog, It’s Rhyme Time. Yeah a rhyming cat, who knew? He would be considered a both person when it comes to cats and dogs.


He is also quite the movie and TV buff. As you can probably tell does not take himself seriously and has more stuff in his head than is needed. Thus the novels, short stories, adult books and kids books, so far 104, as just one more form of release.

Link up with Pat:

Murder Has A Price
https://www.amazon.com/dp/B01GXRZHW4

Did you know our master rhymer had written a detective novel?
Will you pick up a copy?
Do you enjoy writing in different genres?
Leave a short rhyme in the comments and win an Ebook copy of Murder Has a Price!

ALSO
Father Dragon, Al Diaz
is in need of some help
Check out his Blog - Calling All Angels
or send him an email for more information.
fatherdragon1@gmail.com