It is my privilege today to introduce you to Nancy Lynn Jarvis the author of the Regan McHenry Real Estate Mysteries series. To celebrate her latest release, The Murder House - Nancy is guest posting today and there's a giveaway! Take it away Nancy! 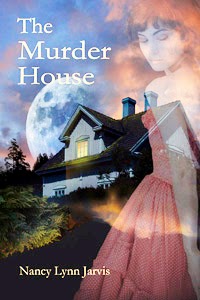 Show of hands, please, how many of you believe in ghosts?
Interesting.

I don’t, you see, except that I’ve seen one, which really plays havoc with my nay-saying. And if I’m willing to go to just one degree of separation and listen to people tell of their first-hand experiences with ghosts, oh boy. It was from this ambivalent perspective that I wrote “The Murder House,” the fifth in my Regan McHenry Real Estate Mysteries series.

Regan McHenry is a Realtor who winds up repeatedly playing amateur sleuth no matter how many times she swears she will never get involved in another murder. She, like me — a twenty-five year veteran of the real estate business— and many Realtors I know, has had the experience of walking into a house and having the hair stand up on the back of her neck . She knows what it’s like to be hit by a wave of cold and experience an overwhelming sensation of evil when previewing a house.

Even so, like me, she clearly states that she doesn’t believe in ghosts, not when there might be a rational explanation for what seems like a spectral presence. Her certainty made it great fun to write a book in which Regan, convinced the only thing that might cause a house to be haunted was its past reputation, sometimes wonders if she is right.

It was also fun to write the book because during the writing process, I began asking people if they believed in ghosts. What I discovered is that most people have a ghost story or two to tell even if they aren’t into the paranormal. And ghost sightings aren’t predictable based on the witness’s educational level, occupation, religion, culture, gender, or age.

I was able to share my favorite ghost story in the book’s dedication, too. If you like, go to
http://www.amazon.com/Murder-House-McHenry-Estate-Mysteries-ebook/dp/B00HO114IA/ref=sr_1_1_title_1_kin?s=books&ie=UTF8&qid=1391550549&sr=1-1&keywords=Nancy+Lynn+Jarvis and click on “look inside” to read it.

I used my personal ghost sighting in the book, as well. The ghost in the woods in “The Murder House” is what I saw at the Wayside Inn in Massachusetts before I knew many others had reported seeing such a ghost. In “The Murder House, “ there is a rational explanation for what people are seeing in the woods, though, and at the Wayside Inn, there isn’t.

After writing “The Murder House” and living with its alleged ghosts, did I change my mind and become a believer? As Regan says at the book’s conclusion when asked if she’s seen the ghost, “I think that’s too personal a question for you to ask.” Let’s just say that one thing is perfectly clear: I have developed a love of swapping ghost stories and would love to hear yours.

Leave me a comment with your ghost story and you'll be entered to win an eBook copy of The Murder House. The winner will be announced on February 28, 2014. You can read my review HERE!

Every community has a house that people walk by hurriedly, nervously peeking at it out of the corners of their eyes. Bonny Doon is no exception. A bloody double  homicide occurred in the Murder House almost twenty years ago and the killer has eluded capture ever since. Recently the house was inherited and the new owner wants to sell. The problem is no one wants to buy a house with a reputation and reports that it’s home to ghosts. The seller thinks Realtor Regan McHenry would make a perfect listing agent ― after all, with her penchant for playing amateur sleuth, she’s no stranger to murder. This is the perfect mystery to read if you don’t believe in ghosts — and an even better mystery to read if you do.

Nancy Lynn Jarvis was a Santa Cruz, California, Realtor for twenty-five years but was having so much fun writing that she let her license lapse in May of 2013.

After earning a BA in behavioral science from San Jose State University, she worked in the advertising department of the San Jose Mercury News. A move to Santa Cruz meant a new job as a librarian and later a stint as the business manager of Shakespeare/Santa Cruz. Nancy's work history reflects her philosophy: people should try something radically different every few years. Writing is her newest adventure.

She put Regan, Tom , and Dave from the Regan McHenry Real Estate Mysteries Series on hiatus to write Mags and the AARP Gang, a comedy/adventure about a group of octogenarian would-be bank robbers, but she missed her characters, so they're back to solve another murder In the newly released "Murder House."

The next book is unclear because she has another idea for a mystery as well as an idea for another very different book. 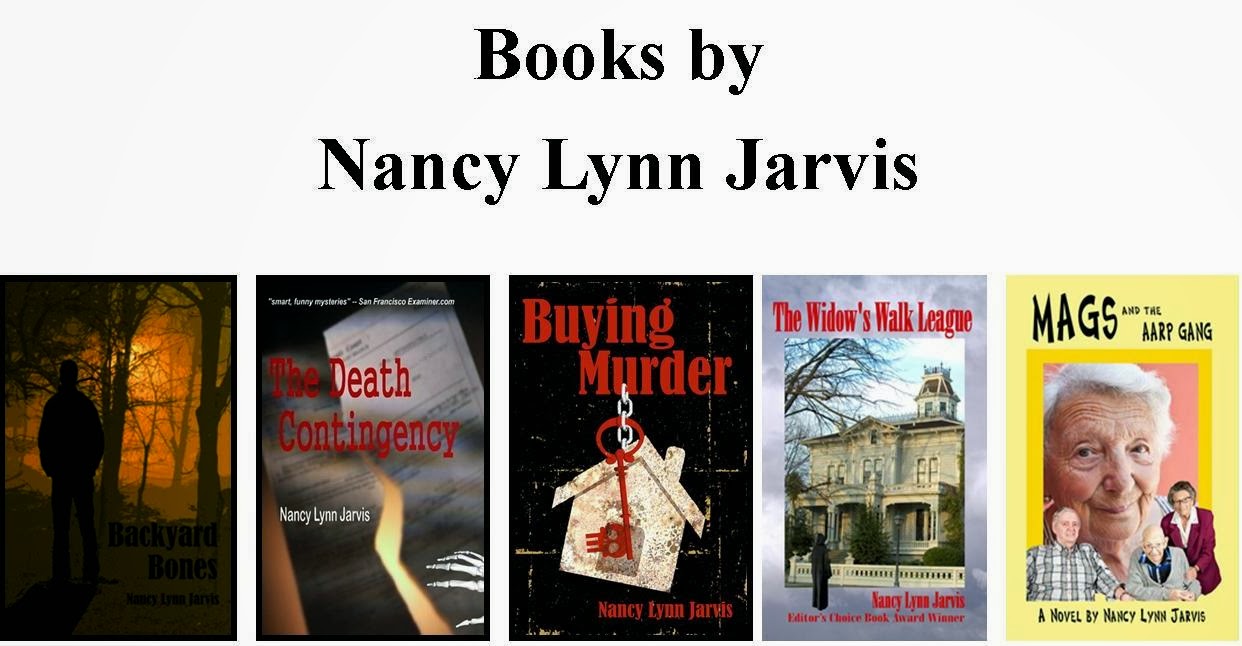 Don't forget - to win an eBook copy of THE MURDER HOUSE leave your ghost story in a comment.