For your pleasure and to my delight,
Misha Gerrick,
has stopped by to discuss the fear of failure
and her latest release
ENDLESS.

Take it away Misha!

I have to admit, I like to keep a positive outlook when it comes to my writing career. After all, writing on its own is one of the most challenging things I can do. Stories are complicated things. Add to that the idea that people will actually read a book I’ve written, that I’ll have to depend on them actually liking it for me to make money… Yeah. Suddenly it just adds another dimension to my doubts and insecurities.

And this is the root of my most persistent worry since I’ve decided to take up self-publishing. I know that my decision to side-step trade publishing was a good one for many reasons that I won’t be going into now. I know that I’m good at what I do. Not just because my mom told me, but readers who never knew me went through the trouble to get in touch just so they could tell me how much they like what I’ve written.

I love those moments. It’s such a boost to know that someone out there liked what I wrote.

But none of that takes away the fact that I basically turned away from centuries’ worth of conventional publishing wisdom in order to follow my own path. It’s a scary thought and for the most part, I’m completely alone in dealing with it.

Deal with it I must, though. Mostly by shoving it to the back of my mind. I try focusing on what I’m doing to make my career a success. I try setting big goals and small goals that are calculated to get me there. I remember that every little thing I do takes me one step closer to making it.

And then I write.

Anyone else struggling with a fear of failure? How do you handle it? 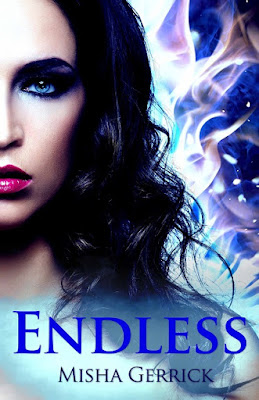 “First, do no harm.” Blake Ryan swore that oath to become a doctor. Ironic, given that he spent most of his thousand year life sucking souls out of other immortals.

Things are different now. Using regular shots of morphine to keep his inner monster at bay, Ryan has led a quiet life since the Second World War. His thrills now come from saving lives, not taking them.

Until a plane crash brings Aleria into his hospital. Her life is vibrant. Crack to predators like him. She’s the exact sort of person they would hunt, and thanks to a severe case of amnesia, she’s all but defenseless.

Leaving Aleria vulnerable isn’t an option, but protecting her means unleashing his own inner monster. Which is a problem, because his inner monster wants her dead most of all.

This had to be what dying felt like. Floating outside my body, waiting for that final link to my life to be severed, only vaguely aware of indescribable pain. More screams than I could count rose up around me. Hundreds of footsteps beat against tiles. I couldn’t open my eyes if I wanted to. Not when it was easier to listen and wait. People shouted for a doctor or an IV, or a thousand other things that made no sense. I listened to all the chaos, trying to untangle it in my thoughts.

Soon, I could go. The peace around me was so relaxing, completely out of place in the clamor I heard. I wanted it. To rest forever in that peace. Why not? There was a very good reason, but I couldn’t call it to mind.

A numb buzz shot through my body and shattered my serenity.

It happened again. Only this time was more of a sharp pulse. The third time jolted like lightning. The fourth…Hell. Suddenly, the screams were coming from me. My heart’s relentless thundering added to my torment.

My chest burned like fire. It hurt to breathe. Cold air drove down my throat and into my lungs, amplifying the inferno in my chest. My skin felt scorched. It couldn’t be. It wasn’t right.

I had to see. I had to understand why pain dominated my existence like this. My eyes were fused shut. My breaths grew shallow, trying to draw air when there was none. I tried to clench my teeth. I bit hard plastic. A pipe. Cold air suddenly forced back into my lungs, out of time with my own breathing. This was wrong. It wasn’t safe. I had to see. The best I got was a little fluttering of my lashes.

A high-pitched beep shot through my head. It repeated again and again. I wanted to reach over and slam my fist into its source. My arm wouldn’t lift. Something kept it trapped. A scream rose up from the depths of my soul, but the pipe jammed inside my throat stifled the sound. I only managed a whimper, trying my best not to gag. More air blasted into my lungs against my will. What was going on? I was trapped in my own body, but why?

I needed to move. I had to move. Now. Before… Even… Even though… Panic gripped me. The beeps increased at a frenetic pace. I needed to move. To be gone. Didn’t matter where. Just not here. Not defenseless. Not trapped.

The air sucked out of my lungs. I gasped, choking on nothing, strangled by invisible fingers. I tried to convulse my body. To twist myself free of what’s holding me.

The air rushed back in a cold flood. Seconds later it left, only to return in the same amount of time.

There was a rhythm to the air. In… out... in… out… The breaths were slow—sleep-like. I concentrated on this rhythm, striving to clear my head. If I wanted out, I needed to think. Calmly. Clearly. Eventually, those irritating beeps slowed. I tried to focus past the sound.

Voices buzzed about me, adding to my need to see, to do something to protect myself. No one seemed to pay attention to me. Good. I could use that to my advantage.

I centered my every thought on moving my little finger. It finally jerked, but collided against something solid. So the thing trapping my arm was physical and too heavy for me to lift. It was better to be trapped than paralyzed. With luck I could escape my restraints. I tried my other hand, but it was cemented stuck as well. Right leg. Left leg. Damn it! Both trapped. I had to move!

No, I needed to stay calm. I tried to make larger movements, biting the pipe in my mouth against the urge to scream in pain. There was no wiggle room.

Fearing that I might be blindfolded, I focused on blinking. It worked. My eyes opened and the blur faded, revealing ceiling tiles. Why would there be tiles? Where was the canvas of hospital tents? The distant sounds of bombs dropping? The power of their explosions rushing through my blood?

No. That wasn’t right. I wasn’t there.

Misha Gerrick lives near Cape Town, South Africa, and can usually be found staring at her surroundings while figuring out her next book.

If you’d like to see what Misha’s up to at the moment, you can find her on these social networks:

Posted by Yolanda Renée at 6:00 PM

Email ThisBlogThis!Share to TwitterShare to FacebookShare to Pinterest
Labels: Endless, Fear of Failure, How to get over the fear of failure, Misha Gerrick, new releases, paranormal romance, thrillers, what is fear of failure, Yolanda Renee