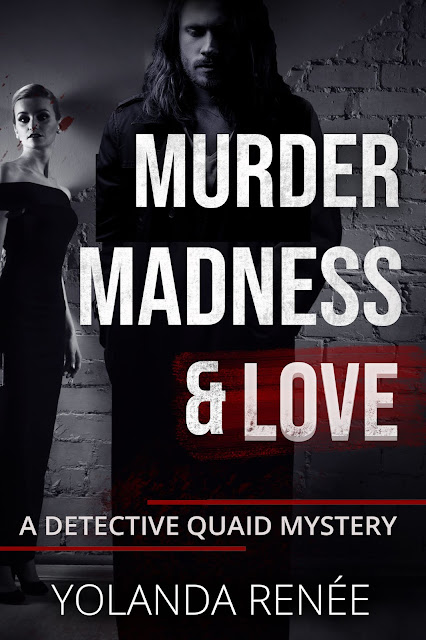 Yolanda Renée
After a gritty detective becomes involved with a beautiful widow suspected of murder, rumor and obsession obstruct his quest for justice.

Sunlight blazes on an empty canvas.

Arctic winds gather snowflakes on a frosty window ledge as a statuesque form appears. She moves past a table littered with papers. Headlines splash news of murder, but it's the photo of another young woman with features mirroring her own that draws her attention.

A different headline peeks from underneath the Anchorage Times.


Graphic images swirl through her head and a tear rolls down her cheek. She drifts toward an easel and a trembling hand dips a sable brush into a palette of paint.


The Westminster doorbell chimes. The brush slips and blood-red paint stains the floor.

Will he arrest her this time?

All fingers point to her guilt.

But, is she guilty of this cunning plot? Or, just a victim of circumstantial evidence?

Hers skips a beat.

Debra pulled up the collar of her jacket and stared out at the arctic gale battering the city. "Well, it’s do or die. See you tomorrow," she said to Ginger, her best friend.

"Deb, you’ve nothing to prove." Ginger’s words were barely audible over the sound of the storm as Debra opened the door.

She stepped across the threshold. "Yes, I do. I have to prove I’m as tough as any Alaskan!"

Debra waved and leaned into the wind, wishing she had listened to Ginger and bought that ugly parka. Instead, she braved the stinging wind and sleet, resolved that Alaska’s elements would not beat her this time. Her mood quickly shifted from determination to irritation when the cold air tore at her clothes. Sharp fingers of ice brutally needled her in places familiar only with warmth.

"I hate this place!" she grumbled.

Determination pushed her forward when common sense should have won out and sent her back inside. You can do this. Halfway through the alley, Debra spotted her car. A co-worker had cleared the SUV of snow. Thank god for friends. Debra pushed the remote button on her key chain to start it and felt a sense of accomplishment. Now all she had to do was master the drive home. Her joy was fleeting, as hands clamped down on her shoulders.

"Hey, wait a minute!" She barely had the words out before a gloved hand closed over her mouth. Utter helplessness and cold steel, slicing deep, registered in her mind as reality changed from surviving a winter storm to sheer terror.

"Oh, god." Debra wanted to cry, but her stifled screams became gurgles, as she choked on blood.

Released from captivity, she sank to the ground like a deflated balloon. Her hands, finally free from immobilizing fear, reached for her throat. Lifeblood poured between her fingers, and her final seconds moved in slow, deliberate steps. Debra fell back into a soft pillow of snow. Oh, god! Please, don’t let me die. She screamed in her mind because her larynx no longer worked.

A shadow appeared. Debra tried to raise her leaden arms skyward, to reach for rescue, but they fell limply at her sides when she realized her attacker stood above her.

"Why? Why me?" She tried to speak, but her jaw only jerked lamely. The words bounced soundlessly in her skull. Critically weakened, she fought to cling tightly to the life being so savagely stolen from her.

She stared up into the falling snow, but could no longer feel the sting of its chill. The arctic air rapidly extinguished the last embers of her life. Tears froze on her eyelashes, and snowflakes—numerous and unrelenting—began to cover her with an icy blanket. Blood poured from the open wound, sending spirals of steam, and Debra’s essence, heavenward. 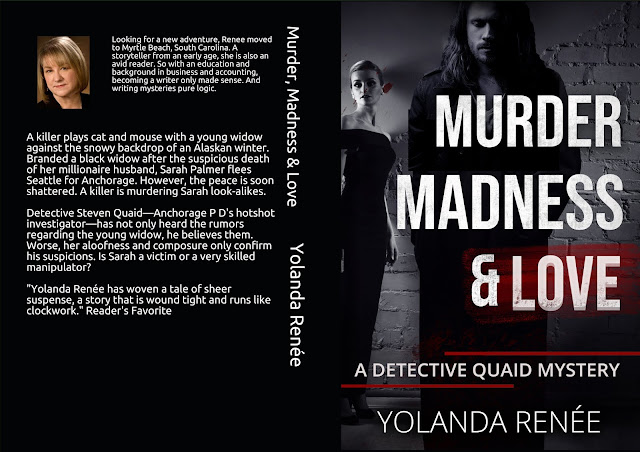