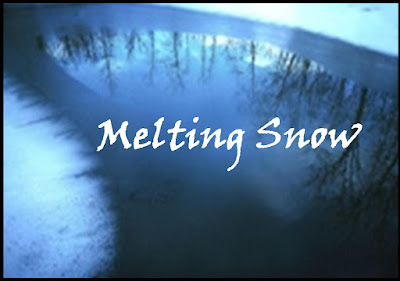 Judgement day for the winter ice challenge had arrived, and they were excited to learn if their favorites had won. Glenna had chosen the Dragon War, and David had picked the Angels in Flight. The winner would buy dinner at Anchorage's best restaurant, The Crow's Nest.
David told her the freshly fallen snow was the lure, but she knew that a proposal was his goal. Glenna was ready for the commitment. After all, they'd been together for over a year, and two people more suited didn't exist. They had similar goals, enjoyed all things outdoor, and they both agreed that love and family were the keys to success.
She'd met the handsome pilot on a flight she'd taken during a school training project. His knowledge and skill made the trip a success, and their first date left no doubt they had a future together. He'd cooked dinner for her over a campfire in the back yard of the cabin he'd built with his own hands. Fresh salmon, corn on the cob, new potatoes, and homemade blueberry ice cream. The way to a man's heart may be through his stomach, but for Glenna, his down-home cooking, adventure filled stories, and sense of humor had won her heart.
"Think twice, Sissy!" David shouted and threw the first snowball; just a handful of snow, but it caught Glenna by surprise.
"You're in trouble now," she yelled, but quickly gathered two handfuls and formed a perfect ball. She threw it, laughing and ducking at the same time. Their snowball fight lasted just minutes, but his concussion and subsequent coma would mar their future.
*****
Sissy, or Glenna Parks, as her friends knew her, rinsed her face with cold water, and stared at her reflection. Haggard looking after another sleepless night, she wondered how life could take such a sharp, sudden turn.
She'd just won the job of a lifetime and would be teaching history at the University of Alaska in Anchorage. David Carter, her beau, was about to pop the question, his recent inquiry the clue.
"How do you feel about antique jewelry?" he'd asked.
"I love all things with a history," she'd told him.
Life couldn't have been sweeter. She recalled his last kiss, confident that he was going down on one knee then. Instead, he gathered up a handful of snow and changed their lives forever.
Now he couldn't even recall her name. At first, he didn't know his own name, even denied being a pilot, claimed to be afraid of heights, and a Texan living in Alaska, not reality. The man who awoke from the coma was not the man who had slipped on the ice.
Dripping water reminded her of the blood she'd tried to staunch with their woolen scarves but to no avail. The paramedics hurried him away, and she followed. Glenna willed him back to consciousness, but she wasn't prepared for the hateful stranger who greeted her.
Now, a week later, a few memories had returned giving her hope that the rest would soon follow. Glenna wasn't sleeping, barely eating, and David's lack of recognition hurt on a level she didn't even know existed. Yesterday, he'd asked her to leave him alone.
"I don't need a stranger watching or commenting on my every move. Especially one with sad puppy dog eyes."
Hiding her tears, she left. Today she'd returned with an entire picture album of their adventures together, something to spark David's memory. She promised herself she would just drop it off, but when she arrived, he was asleep. She waited, watched, prayed, and eventually fell into a deep sleep herself.
Still holding his hand, she dreamed of the David she knew. The warmth and strength of him were as she remembered, but reality was waking in a sterile hospital room with spittle dripping from her open mouth. She rushed into the bathroom to revive herself. Gazing into the mirror, she vowed to recapture their happiness.
"Hey, beautiful. I was hoping you'd return for a visit," David said. The tone, the comment, hey beautiful, was pure David. Ready to answer, she dried her face, but someone else beat her to it.
"Hi, handsome. You look better. How are you feeling?"
Giggling.
"Oh my, you are feeling better!" The voice of the doctor who'd admitted him sounded too friendly, syrupy, and seductive.
"Except for an almost constant headache, pretty darn good, especially now that you're here!" David cooed.
Glenna listened. Their conversation wasn't the typical discussion between doctor and patient. They were flirting.
"Why don't you spring me from this place? I'll buy dinner?' David asked.
"First thing tomorrow morning. Dinner sounds wonderful, but I thought you were spoken for. What's her name? Glenda?"
"Glenna? No. No way, she's not my type. Believe me. We're just friends. I actually had to ask her to leave. I honestly hope she never comes back. That whiny voice of hers grates on the ears. Besides, what adult woman would ever accept Sissy as a nickname?"
"You sure you remember everything. What about the ring we found in your pocket?"
"Yeah, I know. The engagement ring was my mother’s. Dad sent it to me along with a few other mementos. That ring has nothing to do with Sissy."
The way he said her nickname hurt deep in her soul. It was meant to be something only they shared. Sissy was an endearment her grandfather used when she was younger, and David claimed for his own. No one else could call her Sissy.
Glenna managed to leave the room without notice. The silhouette of their embrace on the curtain, then the sound of kissing assaulted her as she crept away. She dropped the picture album in the wastebasket and left the hospital just moments after a blizzard hit, but she didn't feel the Arctic chill, or the warm tears streaming from her eyes.
Nor did Glenna see the car that careened out of control due to the ice and snow. 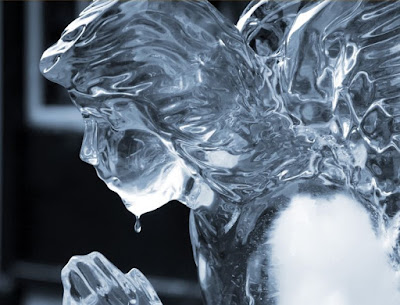 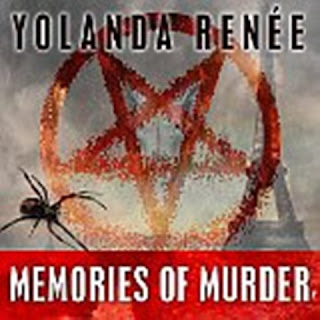