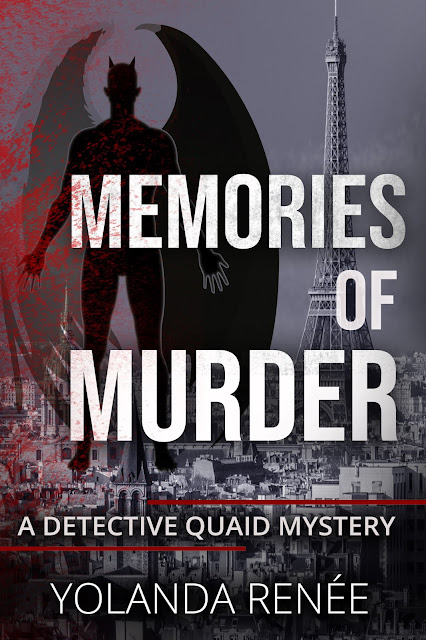 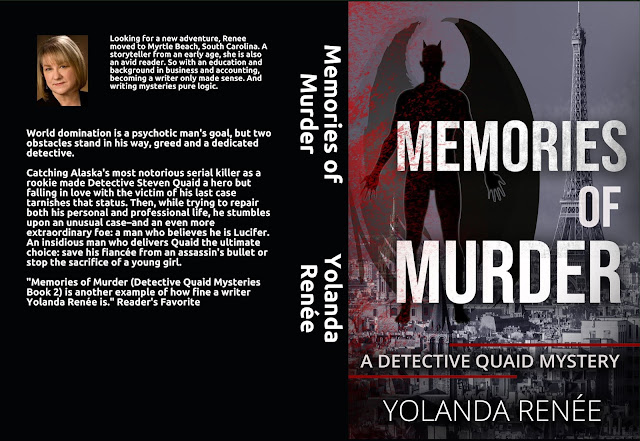 Decades ago, the seeds were planted …

Today, dark, fathomless eyes rake the image before him. One final task and the transformation is complete. Steady fingers screw intricately carved horns on each side of a stiff brow, and a gargoyle suitable for Notre Dame scowls from the smokey mirror in satisfaction.

A laugh of hideous resonance emanates from his gut as the demons of hell welcome Lucifer into their fold.

In a dungeon-like chamber, his Lilith awaits. The kidnapped daughter of a nun, groomed to fit the final piece in the complex puzzle for world domination.

Will Lucifer marry his bride, on the summer solstice?

Only two things stand in his way ...

Snake River, Idaho
June 5
From a lair of downed tree limbs and forest debris, a man watches a young woman. He chronicles her every move. From the moment of her arrival, and through the three hours she works to record the scenery on her canvas, he barely moves a muscle. He is content—comfortable. His camouflage is so perfect that deer graze just inches away.
Tomorrow, you'll be mine. Your blood will assuredly be purer than the sweetest honey on earth. His stomach rumbles, and his saliva flows in anticipation of her taste. His unbridled joy almost costs him his concealment when a celebratory growl escapes his throat, and the doe takes notice. He stills himself and waits.
The woman looks directly at him. Seconds tick by in uneasy expectation. She sees me. He swallows hard, almost dropping his camera. She smiles. His body flushes with excitement.
His smile broadens, and then evaporates. No. He takes a deep breath, closes his eyes, and relaxes his muscles. The Scriptures have foretold of our first meeting. Patience, my queen, my love.
His hands drip with sweat; his heart pounds. He shuts the camera off and carefully lowers it to the ground. She shows no fear, and he sees every move as flirtation. Using the sleeves of his shirt, he dries his hands, mops his forehead, and turns the camera back on. He calms the urge to go to her. He stays silent, motionless, but vigilant.
* ******** *
A cool breeze rustled the leaves, and a haunting melody flowed among the treetops. Sarah, busy and intent on finishing her work, stepped back when a bee disturbed her concentration. The bumblebee darted around the flowers she had just painted, looking for nectar in the colors. She watched with amusement but, too quickly, the small creature flew off to find the real thing. The distraction caused her to realize how long she had worked without a break. Sarah put her palette down, stretched her stiff muscles, and surveyed the scenery. Something in the trees caught her attention, and a chill trickled down her spine, but concern became a smile when she spotted the doe and its fawn, grazing contentedly.
Her attention once more on her work, she stared in disbelief. The scene depicted did not match her surroundings. Sarah's intent had been to capture the sunlight filtering through the trees, the waterfall, and the multicolored wildflowers covering the banks—the serenity of nature on a picturesque morning in the mountains of Idaho.
Instead, the soft light had somehow become fog, seeping in from a foreboding and dark landscape. The multicolored wildflowers were all blood red, the blue sky a dark gray, and, to her shock, there was someone in the background. Sinister orbs glowed from a dark shadow hidden in the trees. Apprehension seized Sarah. She scanned the area around her. Alarmed, she searched the woods for any sign of Steven, or for the phantom that haunted her painting. Steven had promised to join her with a picnic lunch. That hour had passed. Worried, she gathered her materials and hurriedly made her way back to the cabin.

~ Memories of Murder ~
available at
Amazon