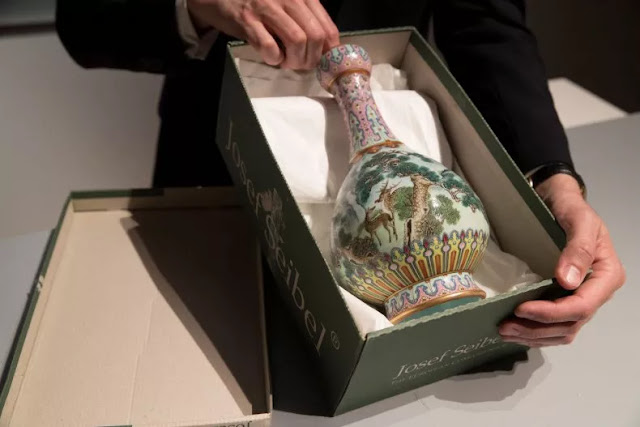 
Angela took the vase out of the package she’d just received in the post and cursed. “All I wanted was the necklace. Instead, all I get is a stupid vase!”


“Quit bellyaching. Nana didn’t have to leave you anything. All you did was clean her house. Velda was her daughter. Of course, Nana’s going to leave her jewelry to family.”


“I know, but Velda doesn’t deserve it. I did more for her mother than she ever did. I just don’t understand. Nana told me that one day I’d be rich. Then she’d wink. You just wait, she’d say. You just wait.” Angela sighed. “It doesn’t make sense.”


“Oh, for heaven’s sake, maybe someday you will be rich. Nana was the poorest woman on the block. Despite all those rumors. All poor Velda got was her jewelry and a measly $5000, life insurance payment. From what I was told, she had to use that to cover the funeral costs.”


“Yeah, but that necklace has to be worth something.”


“I heard it’s cubic zirconia, worth maybe a couple hundred.”


Angela sighed. “Oh well at least I have something to remember Nana by.” She picked up the vase and examined it. “Nana doted over the silly thing, reminding me every day to dust it ever so carefully. She refused to put flowers in it.”


“What are you going to do with it?” Betty asked.


“Last month, I sent a letter to one of those antique houses in New York. I sent pictures of all the sides, including the bottom, and I was hoping they’d write back and tell me it’s worth a mint. But instead, I think they just had a good laugh. So, I’ll keep it here on the bookshelf with Nana’s picture."


Betty picked it up and shook it. "What’s inside? It sounds like there’s something in there.”


“Nana said it was a love letter from her husband. The one and the only letter he wrote to her before he was killed in the war. That’s why she wouldn’t allow water for flowers.”


“How sweet. You want to get some tweezers and see if we can’t fish it out?”


“No. I find it kind of romantic. I even shoved a picture of both Nana and Harry inside. Now they’ll always be together.”


Angela put the vase on the top shelf. “As ugly as it is, it still means something." She checked her hair in the mirror. "Damn, now I wish I hadn’t agreed to that double shift tonight.”


“Better get going. Maybe some guy will give you a million-dollar tip?” She laughed and swatted Angela's butt when she walked by. “Go get em, sis!”


A week later, Angela burst through the door of her room to find her sister poking something metal into the vase. “What in the world are you doing?”


Betty jumped and dropped the vase to the floor. It shattered, but amongst the debris were dozens of folded pieces of paper.


“No!” Angela screamed, falling to her knees.


Angela sank deeper into herself. White as a sheet, she groaned. “How?”


Angela handed Betty the letter she’d been holding then put her head in her hands and started sobbing.


Betty took the letter and read it. “Dear Ms. Finney: Your lovely vase bears the mark of the Qianlong Emperor who ruled from 1736 to 1796. We’d have to see the vase in person to make sure it isn’t a replica, but the colors and the appearance have all of us excited."


Betty swallowed, "If you’re interested in placing it in an auction…” Betty’s voice trailed off as the tears began to fall, but she continued in a whisper, “And if it’s original, it could be worth millions.”


“Holy shit!” She threw her arms around her sister. “Forgive me…”


My inspiration for this story. 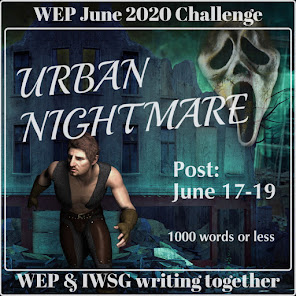