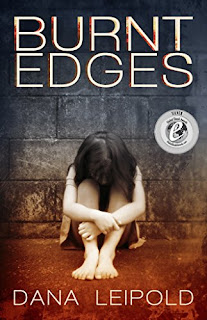 You hear established authors and writers say all the time, “Write every day, and at the same time each day.” Well, that’s not reality…at least not for me.

I do write every day but it’s not always for my fiction. I have a “day job” where I write marketing copy for corporate America. I write website copy, brochures, emails, and other content. I’m also a full-time mom to two very active kids as well as a wife. It’s tough to balance all of that sometimes. The thing is, I would probably go insane if I didn’t write something other than marketing copy. After a while, that stuff gets kind of boring.

I started Burnt Edges in May of 2011 and did the best I could to squeeze in writing where I could. Doing NaNoWriMo was extremely helpful for getting the rest of the first draft completed. The bulk of the heavy lifting, however, comes during editing. For me, this was when the story really took shape.

Many times I would work late into the wee hours of the morning when my kids and husband were asleep. (Thank GOD for coffee!). Other times, my husband would take the kids and give me a chunk of time to just focus on writing. I would go to a little café in our neighborhood, put on headphones, and get lost in editing or writing.

Now that my first novel is under my belt, I’m still trying to figure out how to work in writing time for the second book that picks up the story where the first leaves off. This time I’m scheduling in one solid hour a day to work on it, and when my husband is being sweet, he’ll give me a chunk of time on the weekend.

Writing your next novel while you’ve got a job, family, and other responsibilities is no easy task but it can be done. You just have to want it bad enough. I give up a lot of television (and sometimes exercise…which I don’t like any way :-) The one thing I never give up is reading so I try to squeeze that in too. Balance is an every day thing, and some days it’s harder to maintain but I wouldn’t have it any other way.


How about you? Do you have to steal time to work on your masterpiece? What drives you to put your story on paper?

In my case, I think this quote by Kathy R Jeffords sums it up: "...I will write on because writing is not just something I do but part of who I am."


Abuse or an uncertain future. This is Laurel Lee Page’s choice when she is faced with an unplanned pregnancy at 18. Born into a broken family, all she has ever known is guilt and shame. No matter what she does or who she meets, Laurel appears to be living a condemned life but she is determined to find independence and freedom in spite of her family’s legacy of hatred and self-contempt. Can Laurel see that she is in a powerful position, poised to break the cycle of abuse? Set in Southern California during the tumultuous 1960s era, Burnt Edges is based on true events and proves that strength can be found even in the most horrific situations.

Laurel decided that Rusty was Mother’s favorite child. The afternoon in the garage had been proof. But because he often took the brunt of Father’s anger, she felt a bizarre kinship with him. She also loved the stories he would tell when they had nothing to do. He would make up tall tales like the one about spacemen who came to Earth to taste hamburgers because they had none on Mars. He described them as little green men with antennae.
“Whenever they come to visit, people find their hats missing, because the Martians steal them to conceal their antennae,” Rusty said.
“That’s just silly,” Laurel said.
Gerry sat in the dirt, playing with rocks and half-listening. Laurel thought he’d rather be playing football or punching some kid, so he sometimes got bored of the stories.
“No, it’s true, really.”
“What did they do to hide their green skin?” Laurel asked.
“They also steal women’s pancake makeup and put it all over their faces. Helps them blend in.”
“Ew, they wear girl’s makeup?” Gerry said, sticking out his tongue.
Laurel giggled, imagining Martians wearing makeup and hats just to get a taste of a hamburger.
“Why don’t they just steal the recipe and learn how to make hamburgers on Mars?” Laurel thought she’d caught Rusty off guard with this question.
“They tried that once, and it was a disaster,” he said, picking up rocks and throwing them against the fence in their backyard. “Yeah, it almost wiped out the whole Martian race.”
“What’d they do, get all sick and throw up?” Gerry laughed at his answer.
Rusty threw a rock at Gerry but missed him. “No, moron.”
He kept throwing rocks without saying anything. Laurel thought he was trying to come up with a good story. She waited another moment.
“Well, what happened?” she asked.
“I’ll tell ya! Don’t rush me!”
He stopped throwing rocks and sat Indian style, his elbows resting on his legs, hands clasped together so he was leaning forward a bit.
“The explorer Martians who had just come back from Earth brought the hamburger recipe to the King of Mars. They told him about the most delicious food they’d ever tasted and that they had brought the secret to it. The king was excited and told his royal cook to make up a batch, but they don’t have meat on Mars.”
Rusty paused, and Gerry rolled his eyes, waved his hand, and climbed the rope up to the tree house. Rusty watched him, but Laurel was listening, waiting for Rusty to tell the rest of the story.
“Go on,” she said.
“Nah, no one cares about the dumb old story,” he said.
“I do! Tell me!”
“All right, but it’s horrible!”
“I don’t care. Tell me!”
“Okay, don’t say I didn’t warn you.” Rusty paused and then he began again. “So the cooks tried to figure out what to do. They didn’t want to tell the king that there was no meat. Once a cook had told the king he was all out of Martian mush-rooms and the king executed him. They thought and thought about what to do, and then they called in the royal jester.”
“The jester? What does he know about cooking?” Laurel asked.
“Exactly.”
Laurel looked confused.
“So the jester came in, and the cooks smashed him on the head and put him in a boiling pot. Once the Jester was done cooking, they ground him up into bits and fed him to the king.”
“Yuck!”
Gerry must have heard about the cannibalism. He peeked his head through the hole in the tree house. “That’s disgusting,” he said, loud enough for Rusty and Laurel to hear.
“The king loved it and ordered the cooks to make more. So they did. This time they called in the royal guard, bopped him on the head, boiled him up, and fed him to the king. The king couldn’t get enough of those hamburgers, so he made a royal decree stating that the official food of Mars was hamburgers.”
Gerry had the tree house door open and was sitting on the floor with his legs hanging out. Laurel shook her head.
“The cooks went through the whole Martian Royal Army, the royal court, and most of the Martian population before the king caught on. He ended up executing the cooks, but now the King of Mars comes to visit Earth himself, because he loves hamburgers.”
“That’s the dumbest story I ever heard,” Gerry said.
“If it’s so dumb why did you listen to it?” Rusty answered back.
“Hamburgers aren’t that good,” Laurel said. “Not as good as pizza.” 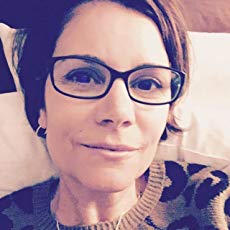 Dana Leipold is a freelance writer, author, and member of the Association of Independent Authors and Creativity Coaching Association. She has self-published two books: a collection of limericks in Dr. Seuss-style for adults entitled, Stupid Poetry: The Ultimate Collection of Sublime and Ridiculous Poems, and a non-fiction book entitled, The Power of Writing Well: Write Well. Change the World, to help writers get their message heard, create stories that connect, and leverage the power of writing well. In addition, she coaches other writers on story structure, messaging, and writing skills so they can achieve their dreams to become published authors. Leipold lives with her husband and two children in the San Francisco Bay Area.